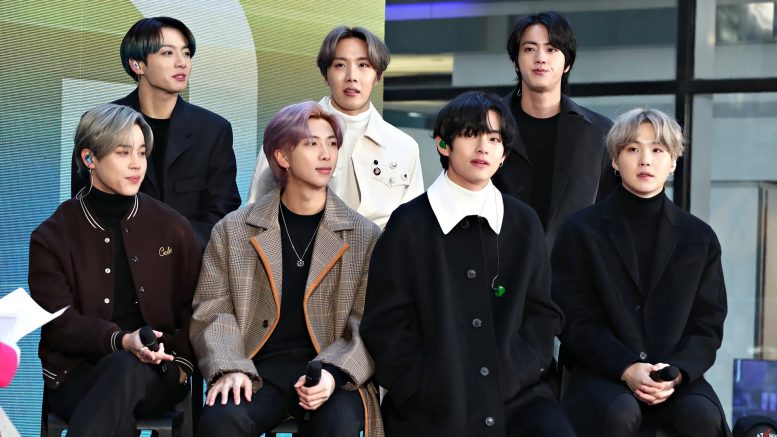 The long-awaited mystery about the biggest K-Pop group has been answered: BTS members RM, Jin, Suga, J-Hope, Jimin, V, and Jungkook will enlist in South Korea’s military as required by law, the band’s label reported on Monday, October 17th. Before this announcement, there were many speculations and online debates about whether the boys could get exempt from this requirement considering their international fame and the billions of dollars they contributed to the South Korean economy.

The announcement of the band’s decision — less than two days after they had performed their first concert in months — effectively confirms the hiatus that the members had first mentioned this summer. The seven members will reconvene “as a group again around 2025” after completing their service, the label, Big Hit Music, said in a statement on Twitter.

BTS has millions of fans, who call themselves ARMY, expressing opinions and grief across the internet. While 28 years old is ordinarily the maximum age a South Korean man can wait to fulfill his mandatory military service, the BTS members had been allowed to defer their military enlistment due to a new amendment that was passed in December 2020. Dubbed the “BTS military service amendment” in light of its clear implications for BTS, the law allows artists who receive the recommendation of the Minister of Culture, Sports, and Tourism to postpone their mandatory service until they turn 30 by international reckoning.

Many fans hoped this was a sign the BTS members could be completely exempt from serving by expanding the criteria for military exemption, but this conspiracy was defeated after BTS announced their enlistment. Exceptions can be granted, for example to athletes who win medals at international competitions like the Olympics and to some high-level classical musicians, but pop music artists do not qualify. The first member of BTS to enlist will be Kim Seok-jin, or Jin, who turns 30 in December.

Amid the chaos of the announcement, Jin’s highly anticipated solo project was still occurring. Collaborating with Coldplay, Jin uses “The Astronaut” as a sonic metaphor for his own story as he blasts into an uncharted new chapter of his life. The song also serves as a love letter to ARMY when he sings, “When I’m with you, there is no one else.”

Although BTS fans will have to wait two years to see the beloved group again, many will still support and anticipate the reunion and return of the group’s fun dance moves and record-breaking hip-hop tunes.

Ask the Seniors: What Music Helps You Study?

Be the first to comment on "BTS Members to Enlist"