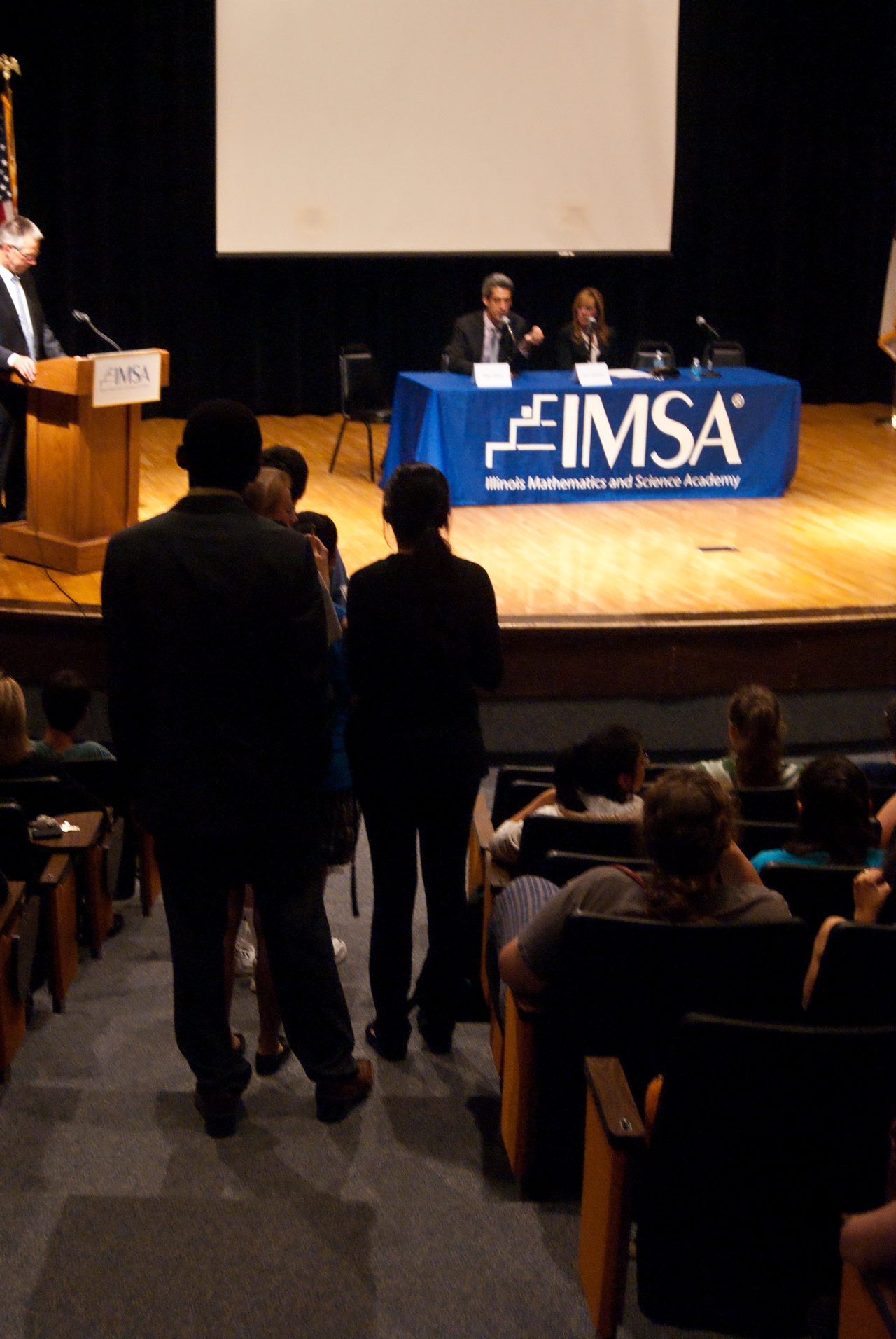 Imagine if IMSA didn’t communicate with Illinois state legislators or alumni. Would the academy be shut down due to insufficient funds? Would the IMSA bubble  deteriorate along with the reputation of the school? Our state legislators and alumni help keep our beautiful academy running. The Student Committee in IMSA Advancement (SCIA) maintains relations with them, so the next time you hear about a Legislative Panel or lunch with alumni, know that our SCIA is working hard!

SCIA has already held several  events this year. In late August, SCIA hosted a Legislative Panel on education reform with Representatives Linda Chapa LaVia and Kimberly Du Buclet. Both students and staff alike attended the panel. Long lines started to form behind the microphone as both representatives explained major issues regarding the education system in Illinois and the nation. In response to a student’s question, Rep. Buclet agreed that America’s education should be more personalized to promote self-paced learning. When the event ended, Rep. Chapa LaVia encouraged students to join her legislative task force to help create bills for education reform.

In September, SCIA held another Legislative Panel. In this panel, Representatives Biss, Holmes, and Dunkin discussed the achievement gap and affirmative action. Students and representatives went back and forth talking about how to increase the performance of underfunded schools, especially in the Chicago area. Rep. Biss was extremely passionate about affirmative action, saying that diversity is an important factor in education as it provides a wide variety of perspectives in the classroom. Representatives and students also talked about how standardized tests prevented teachers from teaching well. By the end of the event, representatives gave students their contact information, encouraging everyone to ask more questions and propose new ideas.

Just two weeks ago, SCIA hosted a lunch with the IMSA Alumni Board in Sodexo. Students and adults who attended the event were able to enter a raffle for a gift card to Oberweis! With the prospect of ice cream as an enticing incentive, many IMSA students were drawn from their dorms. The alumni talked with students about what has changed since their time at the academy. They also discussed crazy senior pranks during their homecoming week; apparently one senior class stole the Yare sculpture.

So far, SCIA has given the IMSA community the chance to talk with legislators about issues regarding education. Somewhere near early December, SCIA will have a grand alumni reunion so IMSA students can ask questions regarding college or life in general. If you’re interested in making connections with IMSA alumni or you want to discuss educational problems with state legislators, you should go to the next SCIA event.