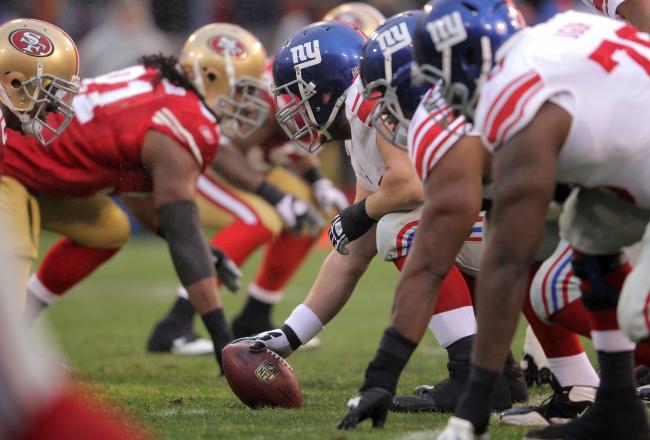 The power shift from AFC to the NFC is complete as there are only two teams in the AFC with winning records! Anyways, after a week off, we are back with our Power Rankings. Mason Dearborn assisted me with them again this week by covering the even ranked teams while I covered the odd ranked ones. Enjoy!

They are at the top of my rankings for one reason: they are undefeated. Nothing more needs to be said.

Although they lost, I still put them over the undefeated Falcons in my rankings.  This team is still the best overall in many ways, the Packers game was just an anomaly.  The Packers’ defensive line silenced the best run offense in the league and Aaron Rodgers had six touchdowns.  Clay Matthews and Rodgers can have good days and ruin a team’s undefeated hopes.

If we ranked in alphabetical order, the Bears would be first.  They will get there soon.  The Bears are one of two teams that have only loss to the Packers. The Bears are a strong team coming off a bye that is going to come out and show everyone that they are here to stay at the top of the North.

This team is starting to worry me. It seems as though this is a defense-only team. Meaning that if they can’t stop teams on defense, then they have absolutely no shot at beating anybody. If they can fall to the Giants, then they can fall to teams with potent offenses like the Patriots and Packers.

To everyone else who shed a tear for Ray Lewis, Webb, and Ngata, I feel you.  The defense is now desperate.  Suggs needs to come back now more than ever.  The Ravens’s defense was actually dropped in one of my fantasy leagues, which is extremely unheard of.  The realization finally hit me when I saw people questioning if the Ravens would win their division.  They are participating in the best game of the week as they will take on the Texans who are on a mission after their undefeated season was ruined last week.

Watching them disassemble the Patriots in the second half was scary. Then again, the Patriots’ secondary has a way of making any quarterback look like Tom Brady. The Jets should provide a good respite from their struggles.

The Green Bay Packers depend on Aaron Rodgers so much.  He has good days and the team wins.  Last year he had 15 in a row to start the year, and he just had another one to take away the Texans win.  I think the X factor of this team is unpredictable but winning clutch games is something that can’t be ignored when the games really start to matter towards the end of the season.

They have glaring issues in their secondary which is not something that can easily be fixed. On the bright side, they still have the real Tom Brady.

Peyton Manning had an amazing week, led by a stunning second half 35- unanswered point streak to overcome his worst half time deficit of his career at 24-0.  This team is one to watch to move up these rankings as they prove they are legitimate, but not this week, as they’re on bye.

Andy Reid has to be feeling the heat now. His team is starting to slip into one of those funks that are extremely hard to recover from. By the way, Michael Vick needs to stop turning the ball over.

One unbelievable story of the year had to be the Vikings 4-1 start.  They were very solid and I like teams like the Vikings who can have a strong defense and consistent offense.  RG3 and the Redskins beat them, but I don’t think this loss is a sign .

Without a running game, you can’t close out a game. Never was that more apparent than last Thursday in Tennessee. But with Ben Roethlisberger and their defense playing the way that it is now, they have a legitimate chance of catching the Ravens in the AFC North, especially with the Ravens’ injuries.

The Cardinals were undefeated? People ranked them HOW HIGH? No.  They lost to the Bills who were -55 in points scored minus points against over the last two weeks.  Fix the offensive line if you want the offensive machine to run.

That was the best they played all year and they still lost. Ultimately, this team is mediocre and their opponents know it.

The bye week follows a good performance from Tannehill and the gang.  They defeated the Rams who are also surprisingly having a good year.  Pay close attention to Reggie Bush as he rushed for just 17 yards this week on 12 carries.

Losing to the Browns is something that one cannot overlook. I have been a supporter of this team from the beginning because of Andy Dalton and AJ Green but the last two weeks have shaken my confidence in them.

The Bucs beat the Chiefs and were winning before the Cassel injury.  Josh Freeman has played awful and well resulting in an inconsistent nature that needs to be addressed.

Blow a 24 point halftime lead? To a quarterback who sat out a full year last year? I’m not sure this team can get it done anymore.

RG3, the rookie quarterback, is leading all players in fantasy points.  He can pass and he can rush, as he showed in his over 70 yard touchdown run.

Good news? They utterly destroyed Andrew Luck and the Colts. Better news? Their running game is back. Bad news? Mark Sanchez threw for only 82 yards. Worse news? An angry Patriots team is waiting for them in Foxboro and would love more than to give them a thorough thrashing in front of the home crowd.

Their two game winning streak ended in Miami on Sunday but Sam Bradford played an excellent game. They need to start scoring some points or they won’t make it very far this season.

This team beat the Cardinals, which was an upset, and will now take on the also-awful Titans.  I am interested to see how the running back situation ends up between Spiller and Old Man Jackson.

Statistically, this is one of the worst teams in the NFL. Yet somehow they beat the Steelers. You just don’t know what you are going to get with this group.

The win over the Packers and the blowout loss to the Jets shows the lack of consistency within this team.  Everything is counting on Luck,  so please wish him some.

They went into their bye week on a high after their win and Drew Brees’ recording breaking touchdown in Week 5. They have a wonderful opportunity to build on that success against Tampa Bay this week. If they lose, however, the same questions will be asked all over again.

This awful team beat the Bengals in their first division win in over two years. I am not convinced.

They almost beat our #1 team. It’s progress but it does not mean much because they did not deliver when it mattered. Their best chance for another win comes this week against our #32 team.

They have a terrible run defense and run game.  Cam Newton is deep in his sophomore slump and we will see if he has learned which team to throw the ball to over his bye week.

So Chiefs’ fans, you have Brady Quinn now. And nothing changed. SURPRISE!!

Blaine Gabbert is the worst starting quarterback in the league.  Several teams have backups who would start in his place.  My reasoning for putting the Jaguars behind the Chiefs unlike some others, is that the Chiefs held the Ravens to 9 points on just field goals and the Chiefs have a bye week to work on it.  The Jaguars defense does not account for their bad QB situation, look at the score of the Bears game.

Remember to post your comments below. Maybe even give me your version of the Power Rankings. In any case enjoy this week’s football action!

Be the first to comment on "NFL Power Rankings: Week 7"