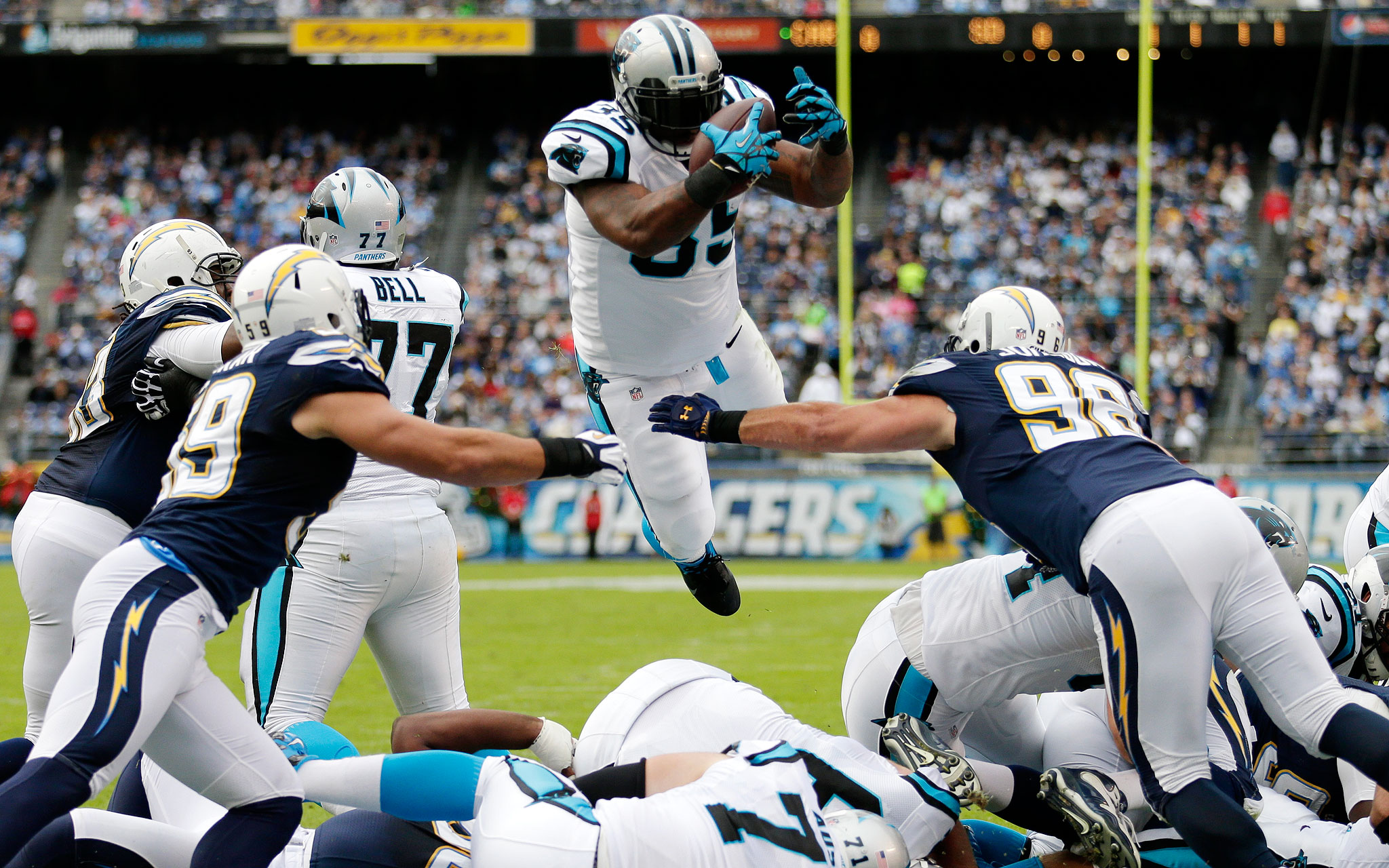 So, the world was supposed to end this week. As far as the NFL goes, it already has. The Giants were shut out. The Patriots lost after scoring 28 points in less than a quarter. The Raiders won! Anyway, the point is that a lot of crazy things happened last week. This week should be much more predictable… if we make it that far. Do yourself a favor and have a good winter break, happy holidays…oh, and watch some football! – Agnel (writes for the odd-ranked teams)

Wow, I was really looking forward to the NFL Playoffs this year.  I was.  You may assume I say that because I am a Bears fan and I might believe they are going to miss the playoffs, but no. Since we are submitting this article on Thursday and there usually is a small delay before they are available for our masses of readers, the world will have ended and those readers, smarter than the average person or average New York Jets quarterback, will be busy, rebuilding the world where the only preserved literature are these very Power Rankings.  Good luck to all of you, and I hope you all have happy holidays. – Mason (writes for the even-ranked teams)

They are back in familiar territory after dropping down to number three last week. They managed to stop the red-hot Colts and in the process secure the AFC South title. With a win this weekend, they would earn a first round bye. All in all, a good turnaround after it seemed like the world was going to end last week.

I get to write about the top passing teams this week.  So the Patriots, Packers, and Saints have all lost to the 49ers, but the Packers have beaten the Texans and Bears twice.  They are a big threat in the postseason and have to be a top NFC choice.

Peyton Manning should text Tom Brady a thank you for the MVP award that Brady handed him after Brady’s slip up last week.

Never count the Patriots out, even the 49ers’ defense gave up 28 unanswered points to them.

I think I’m the only one that is still concerned with this team after last week. After all, they gave up 28 straight points in less than a quarter of play. Furthermore, they could not take full advantage of the missteps of the Patriots. A win is still a win, however.

The Falcons came out angry from their loss and now we can’t write them off after they dropped the hammer on the Giants.

This team is quietly creeping into the Super Bowl conversation. Not bad for a young team led by a short quarterback.

The Redskins were supposed to be RG3 and some space-fillers for teammates.  Kirk Cousins did not do that all by himself!

They might not make the playoffs. There’s nothing to suggest that they will. Well, we have said that before…

Five turnovers forced? Nice work.  Let’s see if they can make the playoffs.

The only hope they have is to win out the rest of the way. Shouldn’t be too hard. Only Arizona and Detroit remain in their way.

The playoffs always were guaranteed.  How has this fall-off happened?  They have just had some hard games, but you know where there are a lot of hard games? The playoffs. So, the Ravens may not fare too well.

I said a month ago that this team had no shot. Well, time to put my foot in my mouth.

So, by beating the Chiefs and losing to the Texans in week 17, the Colts would be 10 and 6!  Double-digit wins for a rookie! Nice job, Luck….and RG3….and Russel Wilson.

With Cincinnati and Cleveland left, qualifying for the playoffs is doable.  Big Ben is going to have to be clutch, but that is one of his middle names.

Their much maligned defense held the Buccaneers to 386 yards of total offense, almost 50 yards less than they usually give up. Oh, and they shut them out.

Ouch, I really believed in them.  That passing defense needs to be improved, though.

It has been a good year for Sam Bradford and co. Too bad they are in the same division as the 49ers and the Seahawks.

They beat Atlanta!  They’re rushing up a storm!  They have two terrible defenses left to face, they can really do a lot…to mess up their future, by getting a later draft pick.

The days when we all thought Phillip Rivers was elite seem so far away now. I still think he is but he needs some help this off-season.

They beat Seattle! That is all.

Getting blown-out by the Cardinals is a new low for this team. That’s saying something considering the lows this team has been through over the past decade.

You can count the wins on one hand!  Let us also give the Bills a hand for helping the Seahawks feel really good about themselves.

They were making a nice run up through our rankings for the past month. A win against the Broncos might actually allow for them to crack the top 20.

They have lost 8 in a row! Dream team?  No, they look like a nightmare!

A win against the lowly Jets does not say much but it’s got to be worth something to this team. They came into the year with very high hopes and then, well, you have seen the season thus far.

Aw, 4-12 would have been too funny.  But the Lions can’t win, even with the most passing yards, they have lost six in a row, and although this is pretty embarrassing, that Thanksgiving Day challenge by Schwartz was a little funnier to watch.

Can you think of a more irrelevant game this past weekend than the Raiders vs. the Chiefs? Well, maybe the Titans vs. the Jets, but at least we got a quarterback controversy out of that one.

I am going to go ahead and pick this week’s upset to be the Jaguars over the Patriots! So I am just kidding, but if they do, I called it, and I am definitely quitting my high-paying job with the Acronym and taking my Christmas money to Vegas!

I thought the Jets were really dysfunctional. Then this week showed me how truly dysfunctional they are. I WANT T-E-B-O-W!!!!!!!! Please!!! Greg McElroy just isn’t as fun to say.

So, maybe I will just do one more week after the Jaguars win, then be done for the season with the Weekly Power Rankings.  The Chiefs have two wins, with the Colts and Broncos on deck.  This team is not pitiful. If they had good play-calling and coaching, which all they had to do was listen to my advice from a couple weeks ago, they could have won at least twenty games this season.

Be the first to comment on "NFL Power Rankings: Week 16"