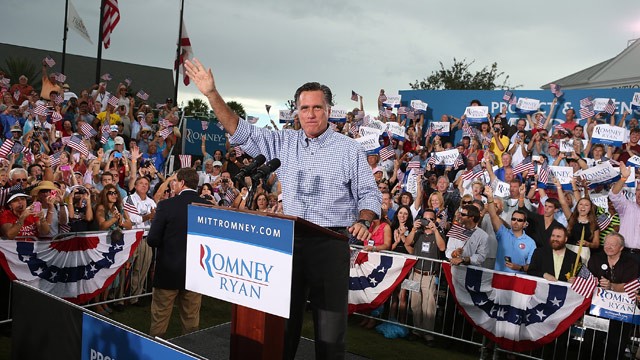 I have always classified myself as a Democrat. I, for the most part, have had a more left-wing, liberal stance on social views and mostly been in support of the welfare system. However, since the turn of the new election season, I’ve developed a new understanding of what it means to be a Democrat. I slowly realized that I was fiscally conservative and socially liberal, and that I no longer fit in on either extreme, but rather am an independent. And because I stand on the middle ground, I was an undecided voter for a long period of time.

For most, voting Republican has a certain stigma to it. The Republican Party is often shown in an ultra-conservative light, which stands in sharp juxtaposition with our generation’s fairly liberal views. Conservative wishes for less funding for Planned Parenthood, the overturning of Roe v. Wade, and marriage to be a union between only man and woman seem almost archaic. Former President Ronald Reagan, a Republican himself, once said, “Government’s first duty is to protect the people, not run their lives,” so why is it that the government has such a hard time doing this?

The Democratic Party has had no such luck with upholding this statement either. While this party is in favor of rights such as the aforementioned ones, they are not protecting the people. After all, it’s hard to say that the American population is protected when there is such a large-scale economic crisis and an unemployment rate of 7.8%. Because the Obama administration entered with a large deficit in their hands, defenders of this candidate often say that it took eight years to create the mess, so it must take eight years to clean it up. However, in the four years Obama has had to tackle the issue, he has not made any significant improvement to show that he will use the next four years to at least partially or mostly clear up the economic mess we are in.

Meanwhile, Governor Romney seems to so far have a good grip on the economic situation. Instead of increasing taxes on the rich and cutting taxes for the middle class, by cutting federal spending, a step that was necessary long ago, Romney can reduce some of the current deficit. Also, if taxes are cut for corporations, companies can create more jobs domestically rather than shipping them overseas. In addition, our country is not in need of a larger population on food stamps but rather, more jobs. The welfare system is highly ineffective in its present state, as it is high in cost and low in benefit. Furthermore, this system is often unfairly taken advantage of and encourages laziness, not personal responsibility.

While my social values and sense of fiscal responsibility seem to be butting heads this election, it is time to choose. For now, I am willing to forgo my morals and vote with the fiscal concerns in the forefront of my mind. A comforting thought is that like in the past, social policies will take a long time to change and in many cases, can be resolved on a state level.

Obama promised us change a long four years ago but has yet to deliver. Though his message has evolved, perhaps he should stand by his previous one. The change our country needs is Mitt Romney.