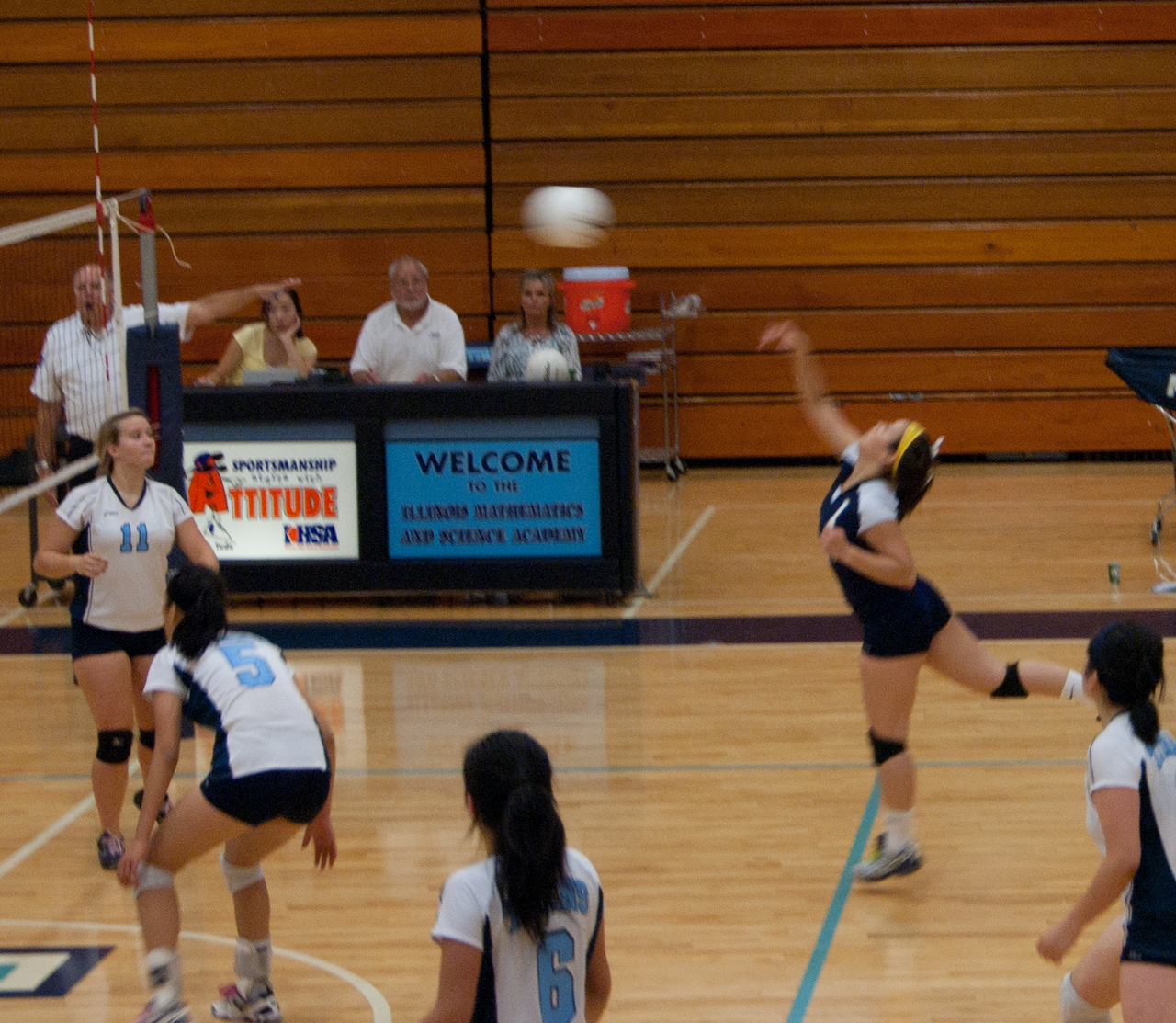 So far, the 2012 season has been a mixed bag for the IMSA Girls’ Volleyball team. They have been making progress all year but have had to overcome the departure of half of their team due to graduation. However, the sophomores this year have provided hope that there will be a foundation on which to build off of for next year.

Sarah Valentine, a captain of the team, said that this year was a “partial success.” While they did not accomplish everything they set out to do at the beginning of the season, there has been general improvement. Players have stepped up to fulfill bigger roles this year, helping offset the departure of the seniors from last year. Overall, this season has been especially successful in that the team has bonded exceptionally well.

However, there have been specific issues, some that the team can control and others that it can’t. Valentine says, “Of course we can always improve.” When asked about the specific areas that need improvement, she responded, “We need to be quicker and scrappier on defense. A lot of that comes from the mindset that we carry into the game.” Additionally, she said that some of the team’s struggles this year can be attributed to the general lack of height compared to some opponents.

In the end, this season can be summarized with one word: potential. There is a foundation in place that should lead to success in the future so long as consistent improvements are made.

Be the first to comment on "Girls’ Volleyball: Season in Review"