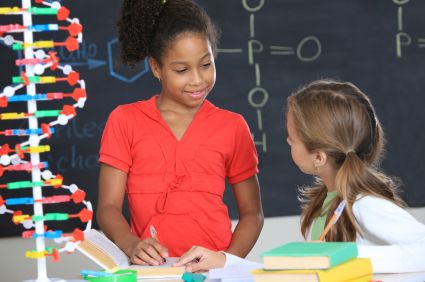 I am currently a senior here at IMSA, and as I reflect upon the past two years at this institution, I realize how invaluable the experience has been. Never before have I been placed in an environment with peers who are as intelligent and ambitious as I am. More important, I never once imagined being so prepared in the growing fields of mathematics and science.

IMSA is a public boarding school that specializes in providing extensive math and science academic opportunities for its students.  However, IMSA is not the only school of its kind in our nation. Various science, technology, engineering, and mathematics (STEM) schools have sprouted up throughout the United States, in states such as North Carolina (The North Carolina School of Science and Mathematics), Oklahoma (Oklahoma School of Science and Mathematics), and Texas (John Jay Science and Engineering Academy), largely as a result of America’s falling behind in its previous academic standards in mathematics and science. As former presidential candidate Newt Gingrich noted in an address to the American Association for the Advancement of Science (AAAS), “if America is going to remain competitive with China and India in the 21st century, then we must commit to improving education, especially in math and science” [1].

So, is funding STEM education really worth it?

In order to examine the ramifications of funding of STEM education, we must refer to the economic implications of such an investment. Our nation blossoms not because we offer more of the same types of employment, but because our corporations shape their job prospects around the new demands of the more STEM-intensive skill set in employees. According to the United States Department of Labor, “the STEM workforce [currently] accounts for more than fifty percent of the nation’s sustained economic growth” [2]. In addition, 61 percent of opinion leaders and 40 percent of the general public identify STEM skills as some of the most crucial components in America’s strategy to compete in the globalized economy [3].

Not only does funding of STEM education prepare the next generation of American citizens for the demands of a changing market, but also the payback of such an investment is monumental for the federal government – one that is currently over 16.8 billion dollars in debt [4]. Many Americans today cringe on hearing of another seemingly absurd idea based on “spending more to save more,” but even large-scale corporations, such as AT&T, acknowledge that “[they] understand that the payback is long-term, … but [STEM education] ultimately delivers more workers [to] the STEM workplace” [5].

Ultimately, the decision to further fund the efforts of providing a STEM education to the rising generation of future employees is largely a bi-partisan one. It comes down to not whether you are a Republican or a Democrat; instead, it boils down to whether or not you support preparing the next generation of Americans to succeed in the changing demands of the globalized job market.

[1] American Association for the Advancement of Science,  http://elections.aaas.org/2012/comparisons/gingrich.shtml