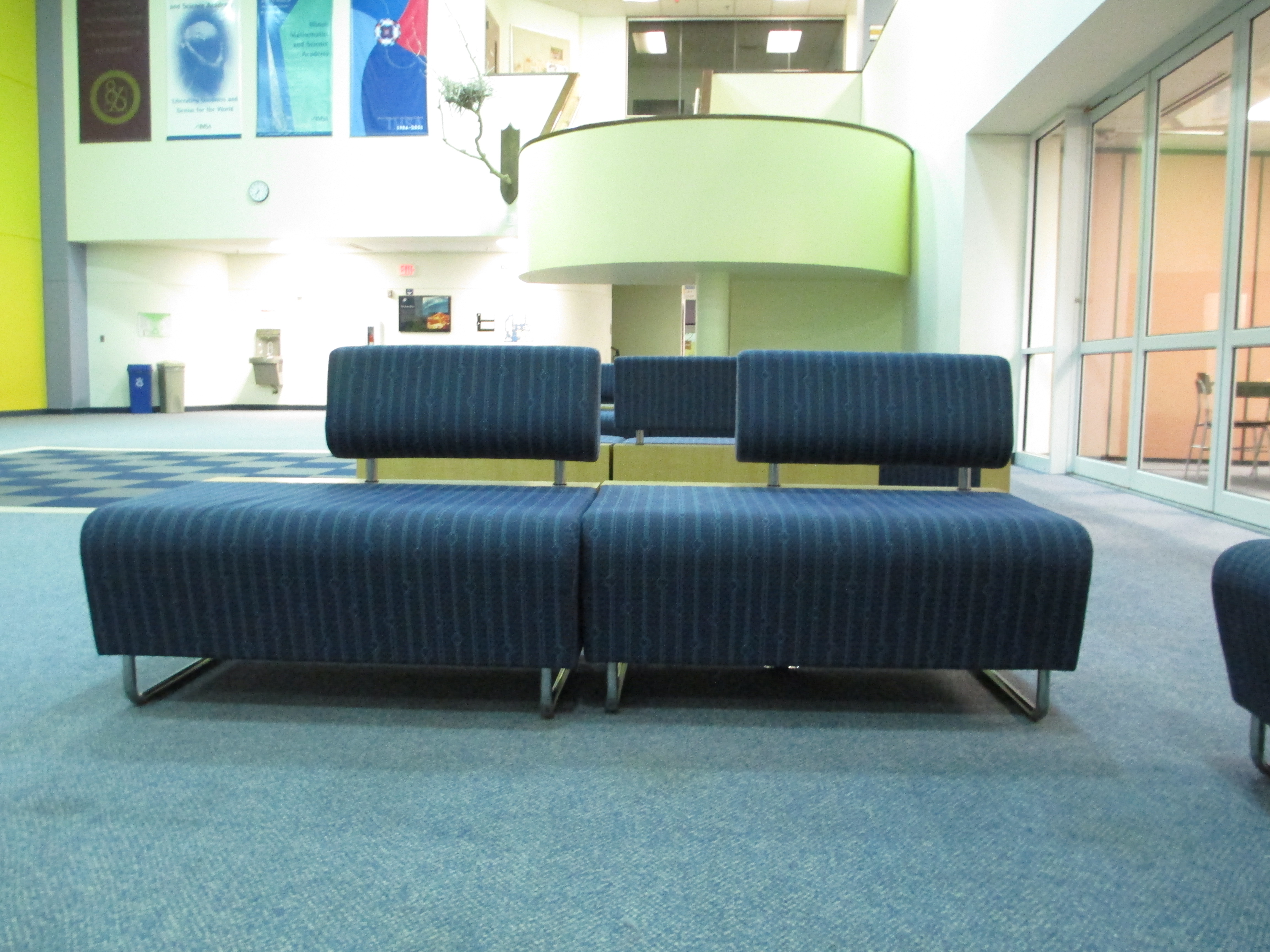 The new couches in their natural environment. The new couches in their natural environment.

IMSA students are not very picky about where they sit. First one U-bench, then another, then against a wall, then on the floor. However, while the Academy plans to undergo renovations in the halls, not many people expected major changes in the main building. Within days of move-in, one change presented itself as the most disturbing: the couches.

The couches, blue and easily pushed together, had been replaced by impostors. Wooden and upholstered in a neutrally edgy pattern, the new couches seem out of place. Perhaps they got lost on the way to a community college, where they should reside next to similarly tan and navy pieces of pseudo-modern art.

When asked, a couch-dweller replied that while the new couches are firmer, they’re being broken  in, much like a new pair of shoes. Another denizen of the Old Cafe, Eveline Liu, states that she keeps on falling off the couches when she tries to sleep, since there is not much back support. Other students have commented that sleeping space has been reduced. Perhaps this is a ploy to keep students vertical, as well as alive, awake, alert, and enthusiastic.

As of yet, the most popular conspiracy theory is that perhaps the Academy wanted to upgrade and simply did not take into consideration the large number of sleeping students. What a joke! What next, that we should think the couches are there for our convenience and that they look nicer than the old scrappy ones? Good riddance to those who claim that this whole fiasco is not that important. One source has – we can only hope ironically – stated, “these couches aren’t that big a deal. Why are you even interviewing me? They’re pretty okay.” Dear readers, please think of this advice critically. Do not let common sense color your opinion on the couches.

If you too have been upset by the change in couches, I would like to present some alternate seating options.

As of this article’s writing, the couches remain, waiting, in the Old Cafe. Of note are the multiple students who continue to sit in the Old Cafe, seemingly unaware of the changes made in their habitat.

A Recap of The 2019 MLK Day Celebration