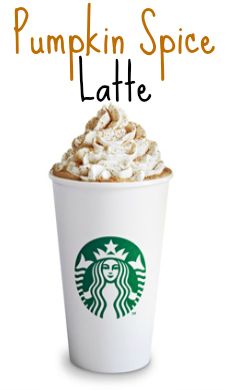 This year, fall seems to have sprung upon us quickly. Most of us wish for the warm days of summer and long for the hours spent binge watching Orange Is The New Black. However, we are consoled by one thing: the arrival of the great god of autumn, Pumpkin Spice Lattes.  Every year the start of autumn is marked by the seasonal sale of Starbucks Pumpkin Spice Lattes. This coffee drink is like no other, with its perfect blend of pumpkin, cinnamon, nutmeg, and clove. Other companies have tried to replicate the unique and irresistible flavor of the pumpkin spice latte, but have failed miserably.

One may ask, “What makes this beverage so delectable?” The answer: no one really knows. The Pumpkin Spice Latte is mystical drink that appeals to people of all ages. From high school girls to college hipsters to busy parents, this drink is highly desirable. According to Forbes, Starbucks sells an average of 20 million Pumpkin Spice Lattes a year during its limited seasonal availability in the months of September and October. PEOPLE magazine even dedicated their SnapChat story to Pumpkin Spice Lattes for a whole day, praising the heavenly beverage. IMSA senior Binita Gupta, whose qualifications include a Starbucks sticker on her laptop and a Starbucks gold card, proudly announced her love for Pumpkin Spice Lattes. “I like PSLs because I’m super basic, but also because they make me feel warm and happy and cozy. You just can’t have fall without pumpkin spice.” My own mother agrees with Binita that pumpkin spice completes the fall; she herself is a pumpkin spice enthusiast, even though she dislikes all other Starbucks coffee. In fact, my mom has even expanded her Pumpkin Spice Latte love to the mini Pumpkin Spice Frappes (she bought some specifically for Binita, in fact!).

Binita has proudly announced her “basic” status; however, some people are not yet courageous enough to embrace their “basic side” and as a result they choose to stay away from the Starbucks drink. When asked if she drinks Pumpkin Spice Lattes, one fellow IMSA classmate said, “No, they are for basic white people!” The negative connection of Pumpkin Spice Lattes being “basic” is growing. When searching Pumpkin Spice Latte on UrbanDictionary one finds, “A drink from Starbucks that many white girls drink during the fall while dressed in boots (typically Uggs), yoga pants (or leggings of some sort), and a jacket.” Why are Pumpkin Spice Lattes seen as basic? It seems that the ever growing population of #PSL posts on Instagram are the culprit for this stereotype. Today there is even an Instagram and Twitter account for Pumpkin Spice Latte @theRealPSL.

However, with over 120,000 followers on Twitter, Pumpkin Spice Lattes are certainly growing in popularity. Despite your opinion of the Starbucks Pumpkin Spice Latte, you cannot deny its presence in this fall’s season and that it is now a hallmark of autumn.

The Five Stages of Adjustment (to IMSA)

The Nonofficial History of No-Pond: A Series