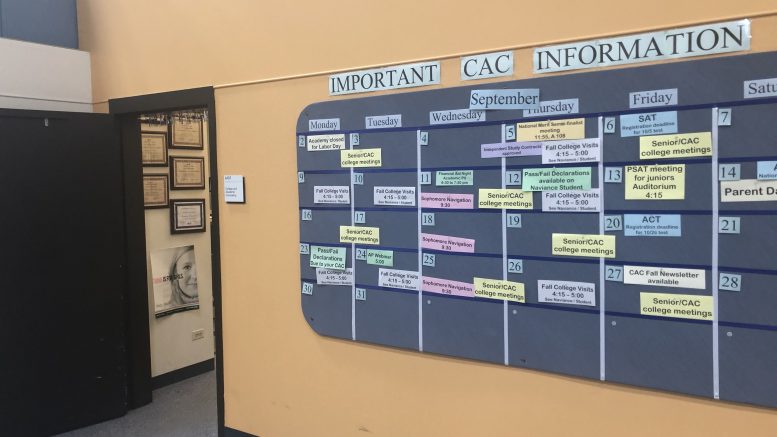 On Thursday of the first week of school, a riot broke out in front of the College and Academic Counselors’ (CAC) office. No one was physically injured, but thirty injuries to students’ faiths in humanity were recorded, and five sophomores dropped out of IMSA on Friday with concerns for their personal and physical welfare.

The reported cause of the disturbance is something called “Add/Drop,” a short period at the beginning of every year during which upperclassmen enter into psychological warfare with each other and their CACs, with the supreme goal of creating their ideal schedule. No one knows exactly what incited the violence, but many students suspect it had something to do with either Medicinal Chemistry or Cancer Biology, new classes that are in high demand thanks to the large pre-pre-med population at IMSA.

One such pre-pre-med, Ada Addro (’21), explained the seriousness of the situation on the scene, after pounding her thick leather body armor and cracking her knuckles ominously. “Getting into Medicinal Chemistry is my ticket to becoming the most skilled neurosurgeon ever. I’ll take it and therefore get into John Hopkins [sic], where I’ll do med school and my residency because I’m just that good.”

“I don’t think Ben Carson took Medicinal Chemistry in high school,” I said, referring to the famous neurosurgeon who had done his residency at Johns Hopkins University.

Ada narrowed her eyes. “Five words. Evaluation in context of school.” Before I could ask her to elaborate, Ada turned around and punched someone in the face.

IMSA administration would like to reassure everyone that this is definitely not normal. While Add/Drop is a time fraught with tension every year, there was no reason to believe it would ever escalate to these levels, they explained to us in a press conference.

“We will apply inquiry-based learning to prevent this from happening again,” they concluded.

Immediately, a second riot broke out.