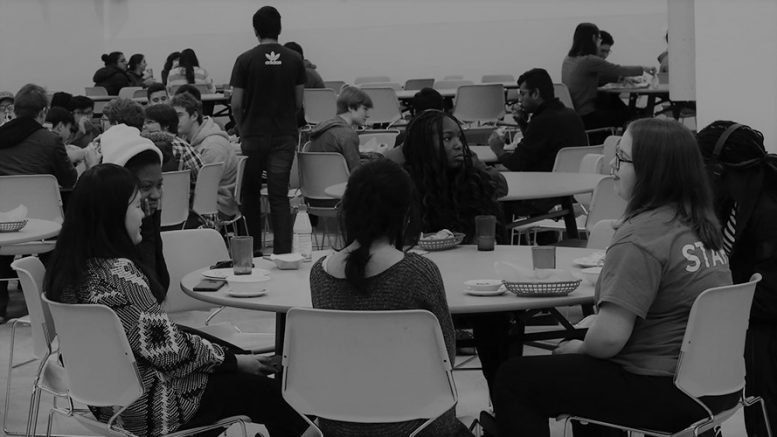 “Study the past if you would define the future.”

Sodexo was once the main food provider for the tired, the poor, the huddled masses of IMSA students. Tales of the fabled dining hall run aplenty from legendarily-long cookie sale lines to curious golfing excursions. One story stands out amongst the rest, a touching tribute to the immense impact of this historic landmark upon the IMSA community.

“Sodexo was more than just food to me.”

Balaji Balachandran, now 17, was no stranger to the sights, smells, and tastes of Sodexo. As with most students who attended IMSA prior to the pandemic, he ate most of his meals there. He was not a picky eater; after all, Sodexo was able to fill his insatiable appetite.

He smiled softly, the recollections of his past exploits slowly trickling back into his mind. One day, in particular, shone through the hazy mist of his distant memories.

It was a beautiful December evening. The sun’s fading hues painted a faint orange across a canvas of purple and violet. The cool, crisp breeze swept up the last remaining fallen leaves and scattered them across open fields. And yet, something else lingered in the refreshing air: the faintest scent of orange chicken.

The orange chicken glistened under the ceiling lights in the cafeteria. Hungry students made the pilgrimage from all four corners of the IMSA campus to take a fleeting glance at the coveted prize. Did it look crispy? Very. Did it look stale? Perhaps a little. Nevertheless, Balaji, much like the others, sought out a plate of this delicacy for himself.

He found an empty table in a relatively quiet corner, a place where he would be able to savor the flavors of the dish in solitude. Yet, hardly any time had passed by when the clang of an empty plate echoed from his seat. Balaji felt a sense of wonder, amazement, and curiosity. No food had ever induced these same emotions within him.

“After plate 1, I was intrigued. I was like, ‘Wow, this is some mighty good orange chicken.’ But everyone knows about the Three Plate Test. Plate 1, you come back intrigued. Plate 2, you give your verdict. Plate 3, you justify it.”

And thus, he set out to confirm his suspicions. Balaji hurried from his retreat to rejoin the line, and returned with yet another heaping pile of warm orange chicken. Once again, he hounded down the plate without any hesitation or regard for the outside world. In those few seconds, there was nothing else but him and the food. A wave of calmness and serenity swept over him.

Balaji was a man of science. He needed to adhere to the rigid, time-tested standards of the Three Plate Test. To prove his hypothesis, Balaji wasted no time getting up once again to return to the grill section.

“Somehow, the first two plates were nothing compared to the third. The third [plate] set new expectations…and my definition of gourmet changed that day. It tasted like a bright summer day, where your skin ends and the world begins…Once I [discovered that], I couldn’t stop.

He was beyond rescue. Like a moth fluttering around a lamp, Balaji circled back, again and again, to hoard more plates of orange chicken. Four plates. Five plates. Six plates. Balaji carved through mountains and valleys of glazed poultry, his feat rivaling those of Hercules and Paul Bunyan. He started to slow down towards the end, yet still found the resolve to carry on with his journey.

“By the seventh and eighth plates, I was testing my bounds as a mortal man by putting those orange chicken pieces into my mouth. But, I still persevered.”

An hour flew by as empty plates stacked on top of each other. Sodexo was closing off for the night, and Balaji hobbled out the exit extremely full of orange chicken and self-pride. As the final lights shuttered throughout the cafeteria and the calls of seven-check rang in his conscience, Balaji turned around to look at Sodexo for one last time that day.

“Sodexo offered a home, a place to get together with some of the brightest people at IMSA. And do some not bright things.

“That is love. That is heaven.”

Oliver Ni is a senior from Bolingbrook and lives in 05C. He is the co-Editor-in-Chief for The Acronym and is stoked to find another reason to put off schoolwork. Outside of The Acronym, he can be found frantically running to catch a club meeting, binge watching YouTube videos, or being extremely frustrated with the Cubs.

Sodexo vs. Fast Food Chains: Which is Healthier?

Be the first to comment on "An Ode to Sodexo"