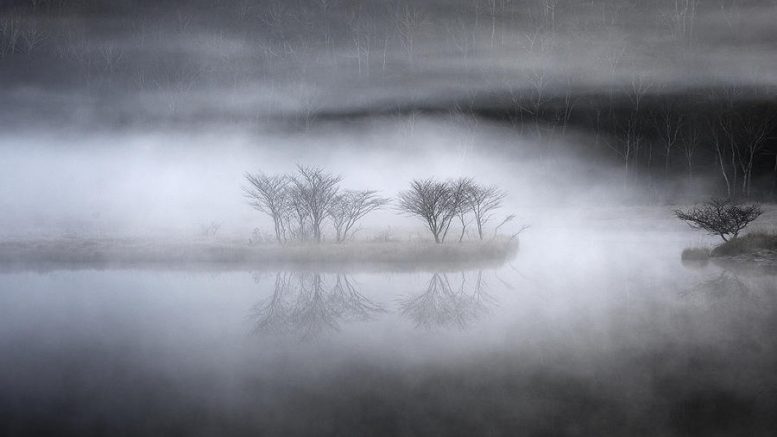 Disclaimer: This article is purely based on students’ imagination and interpretation of No-Pond for comedic purposes. Nothing is historically accurate. Article idea credits go to Grant Bell and the Girls Track Team.

Have you ever seen (or heard of) the pond behind 04 and 05? More importantly, did you know that it’s called, “No-pond?” No-pond is famous for its name because, like any important thing, it was named after its creator, a man called No. Ever since he was a child, people have bullied him because of his peculiar name. Little did they know they he would one day rise to be the creator of the famous No-Pond here at IMSA.

After his 19th birthday, he went out to buy some McDonald’s. He was having a great time except that he was given five chicken nuggets instead of six. As any sane person would have done, he kidnapped the cook and made him catch a chicken to keep as a pet. He later found out that his pet chicken really loved a certain pond and named it “No-Pond,” after himself. Today, that pond is exactly the one behind 05.

The year was 1899, and there were two best friends called Mac and Cheese. These two friends murdered quite a lot of people (especially their cousins, Tomato and Soup). In order to cover up their tracks and evidence, they dug a hole and used this area as a storage place to deposit the dead bodies. Over the next few years, there was a huge thunderstorm that filled this hole with water so that it resembled a pond.

The reason why it’s called “No pond” is because the best friends (ironically) kept bickering, so every time they would say, “No, throw it in the pond,” it gradually just became the mantra of the duo: “No, pond.” Unfortunately, Mac and Cheese were terminated by their enemies, Noodles and Co in an epic battle to colonize the Cornbread City in what is known to be present-day Kentucky. But Noodles and Co did not end up uncovering the pond that Mac and Cheese had left behind, so that pond is still known today as “No-pond” right here at IMSA.

Imagine this: you’re from a town called Orchard and this place includes time machines, spaceships, and free-floating jello treats. Although these innovations may seem odd now, in 200 years, they’ll be used by almost 80% of the world population. A young man called Nombre decided to test out his time machine at school one day. It was April 29th, 2251, and, unfortunately for him, it didn’t go very well.

He accidentally pressed the button for 200 years earlier rather than 200 years later, which was what his quarter project required him to do. Despite this mistake, he ended up at a place called the Illinois Math and Science Academy. Nombre was always a curious student, but in this situation, he was more scared than interested. As he fumbled around his time machine to find a way back home, he accidentally sat on the lever to activate the fire jet engines. He ended up burning a huge hole in the place his machine lifted off from, and his whereabouts are still unknown to this date. However, what’s certain is that when his machine was about to take off, the name tag on his school uniform fell off. When people at IMSA found it inside of the huge, mysterious hole behind 05, they assumed it was a gift from “Nombre,” thus naming it after him.

The Back to School Edition 2019

Be the first to comment on "The Nonofficial History of No-Pond: A Series"