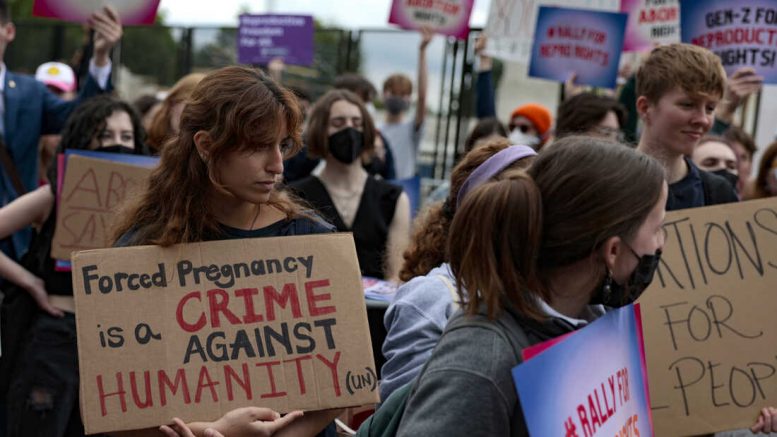 Earlier this month, a leaked draft opinion from the Supreme Court suggested that the Court is poised to overturn the 1973 case Roe v Wade. The draft was penned by Justice Samuel Alito, one of six conservative judges on the Court. In the draft, Justice Alito wrote: “We hold that Roe and Casey must be overruled”, stating that abortion is not a constitutionally protected right. Justice Alito acknowledged that the Court has interpreted the 14th Amendment to protect some rights, but said in his draft that abortion is not a right that is rooted in traditional Constitutional laws.

Roe v. Wade and 1992’s Planned Parenthood v. Casey were pivotal cases that ruled to protect the right to abortion prior to fetal viability, which is said to be at around 24 weeks gestation. These rulings barred prohibitions on abortion prior to the third trimester and required preservation of abortion rights even within the third trimester in the case of protecting a mother’s health.

The reversal of Roe v. Wade will allow individual states to impose abortion laws without the oversight of federal courts. According to the Guttmacher Institute, 26 states across the nation are poised to potentially ban abortion rights if Roe v. Wade is overturned. These states include Texas and Florida, which accounted for 15% of abortions performed nationally in 2017. 58% of women at reproductive age reside in states that are not in favor of abortion. While some states are poised to ban abortion, a number of other states have enacted laws that would maintain the legality of abortion even if Roe v. Wade is overruled. These states include Colorado and Vermont.

Since the Court draft was leaked, thousands have attended protests across the country to support abortion rights. Rallies have been held in many major US cities, including Los Angeles, New York City, and Washington DC. Furthermore, the potential for abortion rights to be banned nationwide has sparked numerous additional conversations about a woman’s right to health privacy. According to NPR, privacy experts are concerned that menstrual cycle-tracking applications could be one of many ways in which health information may be used to penalize anyone considering an abortion. Apps such as these can determine when a pregnancy or menstrual cycle starts and stops, and if this data is sold or subpoenaed after the criminalization of abortion, it could be used to suggest that someone has or is planning to terminate a pregnancy.

Be the first to comment on "Supreme Court Leak Suggests Overturning of Roe v. Wade"