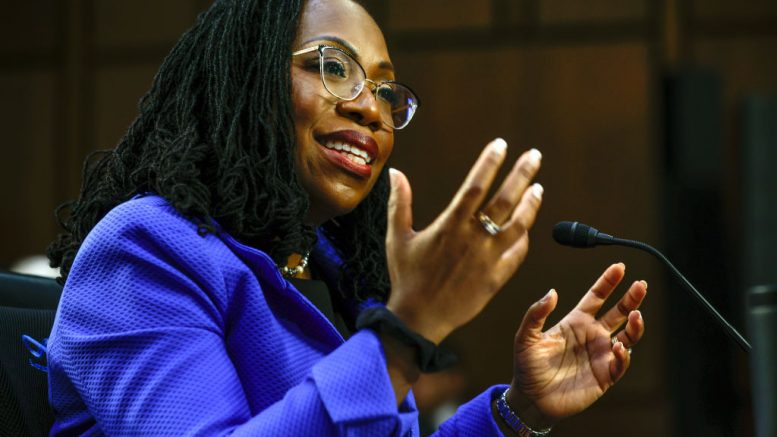 On April 7, 2022, the Senate confirmed Judge Ketanji Brown Jackson to the Supreme Court, making her the first Black woman to ever serve on the Court.

There have been 115 justices in 232 years prior to Judge Jackson, and the Senate confirmed her in a 53-47 vote with three Republicans—Susan Collins of Maine, Lisa Murkowski of Alaska, and Mitt Romney of Utah—joining all of the Democrats in support of her confirmation.

“This is a moment of real change,” President Biden said in a speech outside the White House.

Although it is a serious win for many across the country, her confirmation was a difficult process. She had to sit through three long days of confirmation hearings where Republicans were not taking it easy on her.

Regardless of the difficulty at these hearings, she was controlled and calm. She defended her experience and credentials repeatedly as criticism came from every angle from Republican senators on her judicial philosophy and legal record.

Judge Jackson says that being a role model, particularly to younger Americans, is a “huge responsibility,” though she feels “up to the task.”

“It’s been somewhat overwhelming, in a good way, to recently be flooded with thousands of notes and cards and photos expressing just how much this moment means to so many people,” Judge Jackson said in her speech following her confirmation. 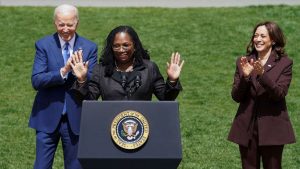 “Judge Jackson’s confirmation was a historic moment for our nation,” Biden wrote in a tweet after the confirmation. “We’ve taken another step toward making our highest court reflect the diversity of America.”

Although Judge Jackson is a much-needed figure on the Court, she will not be doing much. The court’s conservative majority of 6-3 will remain in charge, regardless of Judge Jackson’s presence.

She is taking Justice Breyer’s place, 83, when he retires at the end of the court’s current term. 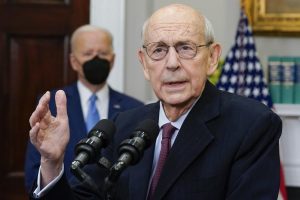 Justice Breyer has lately been on the losing side for many rulings on abortion and Biden administration programs meant to manage the pandemic.

By the time he officially retires at the end of the summer, Justice Breyer will most likely join many dissents that undermine or eliminate the right to abortion that was previously established in Roe v. Wade, expanding Second Amendment protections for carrying guns in public, and limiting the Environmental Agency’s ability to address climate change.

Although Judge Jackson is a qualified, hard-working judge, there is absolutely no reason to think that she will have any more of a chance to stop the court’s right-leaning decisions on big cases like these.

Judge Jackson will have to work on cases that discuss affirmative action, like the case of admissions at the University of North Carolina.

There is no evidence showing how Judge Jackson may approach the case, but many are confident she will vote to uphold programs in which colleges and universities will have to consider race among other factors during admissions decisions.

She will also have to participate in a recent clash of religious freedom and gay rights. It is a similar case to a 2018 dispute about a Colorado baker, though this time a web designer objects to providing services for same-sex weddings.

In another major case that is already on the court’s docket for the next term, Judge Jackson will have to consider the role race may play in voting maps. The court has already dealt with this in February when it reinstated an Alabama congressional map that diluted the power of Black voters.

The court will hear an appeal in the same case just after Judge Jackson arrives. However, it is looking as if the votes of the conservative justices are leaning towards limiting the force of the Voting Rights Act of 1985, something that the Supreme Court has previously done.

Because of the conservative supermajority, Judge Jackson will not be able to have an impact on any of these cases.

Even though she will not be able to make any immediate change, she might be able to in the future. She is only 51, and she will most likely serve for decades to come. In that time, the court will likely change, and its direction might, too. Depending on the presidents and their nominations for future justices, the current conservative supermajority may eventually shift toward a more moderate composition, changing Justice Ketanji Brown Jackson’s role with it.

A Distressing Lack of Destressers

Be the first to comment on "Judge Ketanji Brown Jackson, a Historically Impactful Judge, May Not Have an Impact on the Supreme Court"