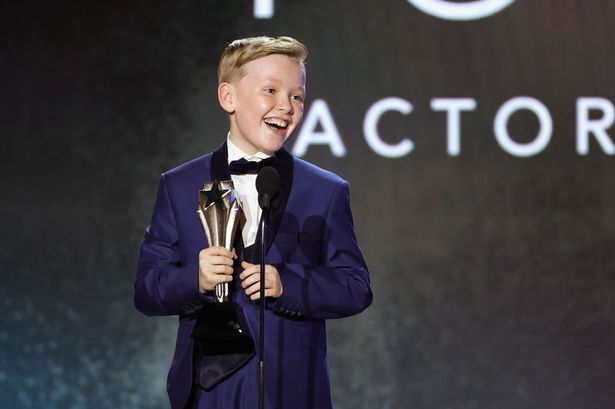 The 27th Critics’ Choice Movie Awards took place on March 13th, 2022 in both Los Angeles and London. Hosted by the American-Canadian Critics’ Choice Association, the Critics’ Choice Awards aims to honor achievements in the cinematic world. This award show first took place in 1996, which honored the films that were launched in 1995. Therefore, the 2022 award show gives recognition to films released in 2021. In case you missed the show, you may be interested in learning about some of the most memorable moments from this year’s show.

Will Smith’s Words of Encouragement

Will Smith was awarded the title of “Best Actor” for his work in the film, King Richard. Smith played the role of the tennis stars, Venus and Serena Williams’, father in the film, and made sure to credit them during his acceptance speech. As soon as he received his trophy, he signaled toward Venus, Serena, and their family member, Isha, to say “Thank you for entrusting me with your [family’s] story.” He carries on to show his admiration for their work and accomplishments. In fact, Smith told the family that they “define the American Dream and represent the best of what we all hope this world and this country can be”. However, towards the end of his speech, he was signaled that he was running out of time, and instead of stopping, he responded with a comeback. Smith stated, “Sorry. I think Best Actor should get a little more time. I’m just saying!”

Jude Hill is a nine-year-old child actor, and he was awarded the “Best Young Actor” award for his role in the film, Belfast. He earned another win when Belfast was named the “Best Acting Ensemble in Rapid Succession”. The child actor was in a state of shock when his name was called and gave a completely honest acceptance speech that began with a charming and funny introduction. Hill started by saying, “I’m gonna have to be completely honest, I have nothing prepared.” After his initial state of shock, he continued to give a professional speech that thanked his family for allowing him to pursue his interest in acting and said that you to Kenneth Branagh for choosing him for Belfast. Shortly after his “Best Young Actor” award, Hill was presented with a second chance at an acceptance speech when Belfast was awarded. This time he said, “Thank you so much, Critics Choice Awards. This is too much.”

Halle Berry is an Oscar-winning actress who is best known for her roles in the films Monster’s Ball and X-Men. During the Critics Choice Awards, she was presented with the #SeeHer award which awards women who “push boundaries on changing stereotypes” and work towards “authentic portrayal of women across the entertainment landscape”. Berry is known for her work towards “aspiring to roles typically played by white men”. Towards the end of her speech, she gives a special inspirational piece of advice to all the young girls by saying, “To every little girl who feels unseen and unheard, this is our way of saying to you, we love you and we see you. And you deserve every good thing in this world.” By the time Berry concluded her speech, the audience was moved and many members were brought to tears. In fact, Lady Gaga commended her bravery and motivation and was also left in tears by the end of the speech.

“The Musical Comedy Murders of 1940”- What You Might Have Missed