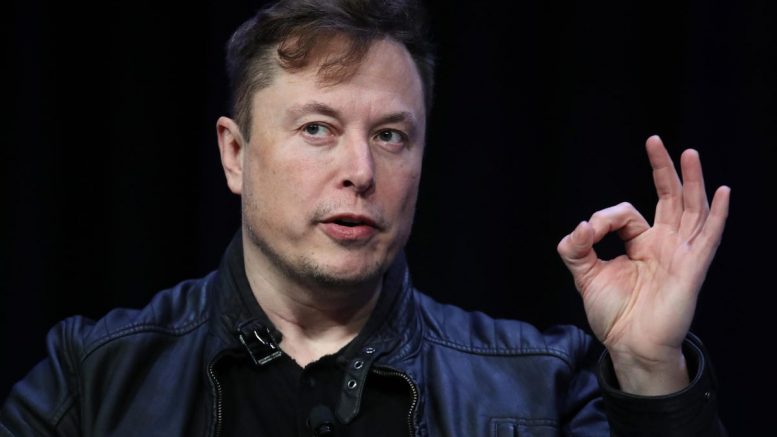 It is easy to develop a positive opinion of Elon Musk. Not only is his successful rise as a businessman aspirational to many, Musk is often represented as the face of a new wave of entrepreneurial tech-savviness. Musk has continuously voiced opinions that demonstrate his efforts in solving global issues, such as pollution and overpopulation, and unabashedly asserts his distaste for the current American governmental system. So with such significant business ventures blended with his populist, antiestablishment politics, why shouldn’t he be revered?

In just one month, February 2022, Musk has come under scrutiny for a myriad of scandals. However, there are a couple of allegations that stand out: accusations of trivializing the Holocaust and a lawsuit by the California Department of Fair Employment and Housing over racial segregation in Tesla factories.

Musk is notorious for his nonsensical tweets, however, nothing demonstrates his utter foolishness on social media better than when Musk posted a meme featuring Adolf Hitler saying, “Stop comparing me to Justin Trudeau. I had a budget.” The tweet refers to Trudeau using emergency powers to freeze the bank accounts of trucking protesters refusing to wear a mask. Although there is certainly room for concern about Trudeau’s actions, specifically wielding state power in a manner that can minimize collective labor power, it is clear that Musk is not attempting to convey a cogent criticism. Rather, he uses Adolf Hitler to label Trudeau as bigoted and excessively authoritarian. Jewish activists have taken to Twitter to criticize Musk’s tweet, especially because portraying the actions of a genocidal dictator as comparable to a Prime Minister using powers granted to him by the Constitution of his nation-state minimizes the irreparable damage fascism, Nazism, and antisemitism truly represent.

There is also mounting evidence that Musk’s company has also shown a lack of regard for its black employees. After a three-year investigation due to reports from a myriad of black employees at Tesla’s California plant, the state is suing Musk’s company for racial discrimination and harassment. This lawsuit alleges that racist caricatures and slurs were directed toward black workers in addition to workplace segregation. The separate areas in which black workers were required to work within the plant were also referred to by various racial pejoratives. Furthermore, complaints by black workers suggest they were relegated to the most physically strenuous jobs, namely scrubbing the floor on their hands and knees. Compounded with allegations of pay disparities and denying promotion, California’s case against Tesla is unfortunately comprehensive.

Although the maltreatment of black employees is not necessarily Musk’s fault, what is problematic is Musk’s response. Once racism charges began surfacing, Elon Musk took to emailing black employees and other aggrieved workers telling them to be “thick-skinned” and accept apologies. Calling for the victims of racial discrimination to be thick-skinned and forgiving yet again minimizes systemic bigotry, as the charitable assumption would be that Musk believes a simple “I forgive you” will somehow stop the harm done by racist actions. However, it has become a pattern for business executives responding to scandals to call for victims accepting apologies. Musk is most likely not suggesting apologies will solve Tesla’s antiblackness: he is suggesting that affected workers simply shove their grievances under the rug in the interests of not losing profits through a lawsuit.

Many, particularly those who view Musk as the leader of a new wave of entrepreneurial integrity, would argue that this is not the “real” Elon Musk. Of course, the argument goes, he makes crude remarks on social media, and probably did not handle allegations of racial discrimination in Tesla appropriately, but there is no way he is racist or antisemitic. However, whether Musk himself is anti-black or anti-Jewish is not of primary concern; what is of utmost concern is understanding how Musk’s irreverence, especially in a position of power, normalizes complacency as a response to systemic issues, often those that he is otherwise capable of changing. This happens to be the case for all corporate executives, yet systemic issues such as antisemitism and anti-blackness still present themselves in the workplace and beyond. Rather than immediately attempt to defend the character of these members of our society when they do something we consider immoral, the conversation must be shifted to what underlying motives may they have in being complicit or even perpetuating systemic bigotry.

Be the first to comment on "Rethinking the Cult of Business Executives: Elon Musk"