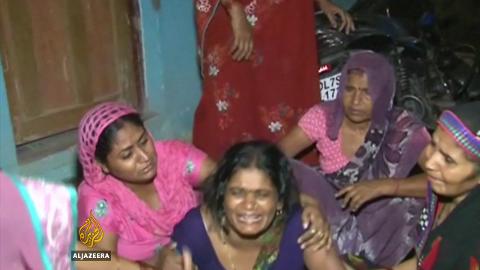 Readers should be aware that the following article contains potentially disturbing information about sexually violent crimes.

Nearly all of New Delhi, India was in utter turmoil when irate crowds congregated in the capital city, accusing the police department for failure to act over the rape of two young girls.

Two children, aged two-and-a-half and five, were brutally raped on October 18 in impoverished regions of Delhi. The two-and-a-half-year-old-girl was happily attending a religious event on the western side when she was abducted by two men, raped, and then left, bleeding but still alive, in a nearby park.  One man assigned to the former case, Pushpendra Kumar, a West Delhi police officer, stated the girl had definitely been raped after medical examination but whether both men were complicit is still unknown. A separate incident on the east side involved a five-year-old who was lured into a neighbor’s home where she was raped by three men. Thanks to the endeavors of cognizant locals who barged into the house, the perpetrators were caught in their gruesome act. Unfortunately, medical tests revealed that the five-year-old was still raped multiple times. Officer Anand Vihar reports: “Her clothes were partially torn with blood spots all over them.” Currently both girls are receiving medical treatment and are reported to be in stable condition. Nevertheless, the mental and physical cannot be erased in the entirety of each of the girl’s lives.

Parents of each child, amidst their tears, stated they never would have anticipated such a tragedy despite the litany of sexual assault cases throughout both New Delhi and the rest of India. Rape, the fourth most common crime against women of all ages in India, according to the National Crime Records Bureau, has been recorded 36,735 times in 2014 alone with 2,096 of the cases happening in Delhi. And these numbers are almost definitely an under-representation of the true figures as many women report being too embarrassed or frightened to report the crime committed against them. They fear subsequent rapes or are simply too ashamed to take their case to the police. However, with the proliferation of rape cases and the rising number of crimes against children, the women’s movement in India in partnership with international organizations has had success in garnering international attention to the issue of sexual assault in the nation. Later that week, an angry crowd gathered at the two-year-old’s home in order to block traffic and simultaneously censure the police’s inability to catch the two rapists who still roam free. A protesting relative of this toddler stated: “They are not doing anything to arrest the rapists. We don’t feel safe in this city and there will be a day when parents will stop giving birth to girls fearing they will be raped.” Another rape case earlier this month, in which a four-year-old girl was purportedly raped, cut with a knife, then dumped by a railway track in Delhi, does not quell the dissatisfaction of the people, either. Although the perpetrator of this latter crime has been caught, the girl had sustained several internal injuries from which she may not recover. Delhi Commission for Women president, Swati Maliwal, tweeted in response to three cases not only the obvious “Gang rape of 2.5 and 5 year old [is] shameful” but also the grimmer observation that sexual violence against women had already reached “epidemic proportions.”

Beyond causing unrest among the civilians of India, different strata of Indian government are also in strife over how best to address the growing rate of rape incidents. Chief Minister (CM) (most similar to governor in a US state), of New Delhi, Arvind Kejriwal, faulted Prime Minister (PM) Narendra Modi and his administration for failing to effectively implement security measures for women in the country: “Repeated rape of minors is shameful and worrying. Delhi police has completely failed to provide safety. What are PM and his LG doing?” Modi however assured the public that he would manage the situation and it was not necessary to transfer control of Delhi’s 84,000 police officers to the chief minister. Having the largest metropolitan force in the world, New Delhi should have an advantage in not only catching criminals but also preventing rape whether the police is an autonomous entity, controlled by the CM, or controlled by the PM.

Instead of assuaging the unrest and improving safety for India women and girls, Ranjana Kumari of the Delhi-based Center for Social Research claimed that the “the turf war between the two government was making the city less safe for women.” She continued to preach that “most of these incidents have been reported in lower-income areas like slums and densely populated areas, where most migrants stay. These men live in crammed spaces with no social or parental control and usually have no fear of the law.” Regardless of who manages the police forces, someone, even if they are not Indian, must conjure a unified solution for India’s epidemic of sexual violence against women and girls alike. How many more girls’ lives need be compromised before true preventative action is taken?

Be the first to comment on "Rape in India"