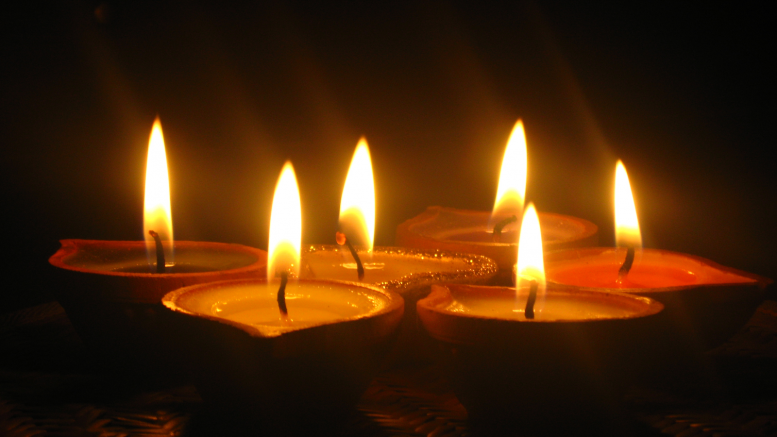 The advent of November means a number of things for the IMSA Community: the commencement of the basketball season, the vision of the Extended Thanksgiving break, the renowned Veterans Day Assembly, and college application deadlines. For our school’s social and cultural life, the advent of November also brings along the first cultural show of the year: Diwali. The Diwali Show, an annual student-run production, exposes the community to Indian culture, incorporating a wide array of dance styles, modern to Carnatic vocals, and performances on the veena, sitar, and other traditional instruments. With all of the time and sweat put into the performances, the show never fails to excite the school and leave the audience dazzled.

The IMSA community feels a distinct excitement for the beloved culture show, and the celebration is especially important for the community that actually celebrates the holiday. The Diwali celebration unites the both those inside and outside the Hindu community for the conquering of good over evil. Each individual values their own Diwali story that, regardless of all flashy garb and intense dance moves, holds a special place in our hearts.

If one would categorize a religious person with having memorized almost all Hindu deities, being acquainted with rituals and their significance, and knowing each story and its connection to human morality, color me the least religious girl at this school. And while such lack of understanding has caused personal disconnect, my family has always kept me attached to my religion and beliefs through the a focus on community and its valuable teachings. During each puja, a Hindu prayer ceremony that occurs alongside religious holidays or special occasions, the priest, or pandit, would always joke to my mother and father. Choti, he would call me, the colloquial term for “little one.” “Choti, you have grown so tall! And still don’t know Hindi so well? Pata nai, don’t worry about it.” Panditji went on with the rituals, while I stared blankly at the pouring of almond milk over a coconut, closed my eyes, clasped my hands tightly, and prayed for another successful year for my brother and sister. Regardless, I have never failed to leave a puja feeling refreshed and having gained just a little more understanding. Panditji tolerated my ignorance of the stories. What he developed and focused on, however, was my understanding of the teachings. The motions, the ambiance, the peace, and the thoughts were what developed my values and morality, enabling me to call myself a Hindu.

Each Diwali, my parents focus on just that. For the past 16 years, during the first new moon of the month Kartika, or Diwali night, my family would clean out our house and buy a new household item in order to prepare for the new year. We placed a diya, or candle, in each room of our house. We would fill our living room with pictures and idols, fill three trays with diyas to the edges, and turn off all of the lights. My mother would tell stories of how they celebrated Diwali in her convent school up in the mountains, where each girl would place one candle in a grand lake in the middle of the valley. Whether Hindu, Catholic, Buddhist, Muslim, or Zoroastrian, the school bonded through the festival, bringing cultural significance to these rituals, and discovering unity in diversity.

As if it was new, my mother would transition the conversation with, “Do you remember the story of Rama and Sita?” Routinely, we would answer, “Kinda, but not really,” as if it were actually true. She would take us on an adventure, telling the tale of how Lord Rama saved his beloved Sita from the evil Ravana. While we listened, mystified by the presence of the diyas, my father would tell us how good conquers evil. How, ultimately, Diwali is a time to celebrate the good, appreciate proper judgement, unite the community, and stay true to personal knowledge and morals.

Whether religious or cultural, Diwali has significance for millions around the world. It is not only a time to unite and share our pride in our culture and values, but also a time to develop morals, celebrate, and appreciate the powers and presences which have enabled us. Here at IMSA, Diwali never fails to fill our community with pride over the diversity we share. Everybody has their own Diwali story. Why not ask someone else what theirs is? You may find yourself surprised, amused, or even enlightened.

The State of the Academy

How to IMSA, Humor, Lifestyle

Be the first to comment on "A Diwali Story"