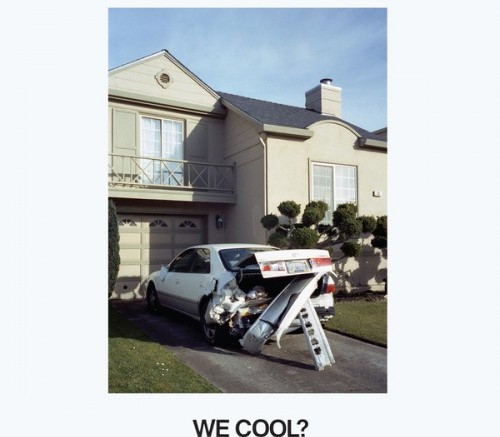 What is punk rock, anyways? Is it a whiny teenager shouting into a microphone, accompanied by scratchy guitars, crappy bass, and drums that are too loud for their own good? Some say that punk isn’t a genre, but a movement. A mindset. Some people think it’s about not growing up, but I think they’re wrong.

Long Island native Jeff Rosenstock should also disagree with them. As thousands can testify from Jeff’s recent nationwide tour of his new album We Cool? in 2015, punk rock doesn’t need to be immature or abrasive at all. Sure, being that way helps – but this 33-year-old veteran has proved to the world that growing up doesn’t mean punk has to stop. Sometimes you need that loud, rocking medium to capture just how it feels.

Jeff Rosenstock is an underground punk icon who’s been rocking the scene for the last 20 years of his life. His 2015 album We Cool? captures the woes and worries of an aging American man with an affinity for long nights alone.

The album opens with “Get Old Forever”, a track about what it feels like to have everyone around you grow up, and to feel pressured to do the same. The incredible crescendo into the chorus drives the song, as we’re given a second perspective on the situation behind waves of sound.

Other tracks like “Beers Again Alone” and “Nausea” detail the feelings of loneliness and sadness one can feel despite being surrounded by friends and family – especially when Jeff said he “Called up some folks I truly love and / hung up after they said hello.”

Despite being a downer at times, the album really hits high points with tracks like “Hey Allison!”, a surprisingly lively piece about a long distance relationship. In general, even though most of Jeff’s key themes in this album have to do with existential depression and early 30s growing pains, he manages to make the whole thing really rock. No song ends without some kind of loud resounding chorus or a segment of verse entirely screamed by Jeff himself.

The album isn’t without musical merits either – the composition is incredible. He draws instruments of all kind together for this project, even xylophones, tasteful retro synthesizers, harmonica, brass, guitars, bass, full string sections, and especially his innovative electric drum kits (in a punk rock album – can you believe that?).

But to really appreciate Jeff Rosenstock, it’s important to know the humble roots that he comes from. Jeff Rosenstock started out his career by sitting around, playing Green Day covers with his friend when he was just 13. They formed their own group – The Arrogant Sons of Bitches (ASOB), a ska-punk collective of bored teenagers, and self-published their first EP when Jeff was just 15. Listening to the ASOB’s earlier tracks could be compared to melodically scraping your ears off with sandpaper: it’s loud, painful, and insane, but damn if it doesn’t get your heart racing.

ASOB began to break up in the early 2000’s when all the members started growing up, going to college, and becoming adults. The hardcore punk sandpaper-esque sounds of ASOB were lost in time, but Jeff moved on to create a new band, Bomb the Music Industry (BtMI!). This new project was a lot like ASOB: fast paced ska-punk that makes you want to jump around and scream the lyrics really loud. But the era of Bomb the Music Industry was when Jeff Rosenstock’s song writing and compositional abilities really began to shine. BtMI! was mostly concerned with spreading their music and inspiring a new generation of punk rockers in the internet age. They made it a point to make tickets to their shows for all-ages, $10 or cheaper, and even made 6 of their albums downloadable online for free, so all of the public could enjoy. They would even let fans perform on stage if they learned a song and brought their own instrument to the show. This band was a beautiful testament to the true meaning of punk rock, but nothing lasts forever. In 2012, the band played their farewell show in Brooklyn, but Jeff was already moving on to his next project. Within the same year, Jeff released his first solo album, I Look Like Shit, launching his solo career. Finally, after the album of today’s review, We Cool, the rest is simply history in the making.

Punk rock is about being yourself and not caring about what other people think. Although he might not be as loud and abrasive as he once was in his younger days, Jeff has truly been playing whatever he wants, whatever he feels like, for the last 20 years of his life. He doesn’t sell out, he doesn’t quit. He doesn’t compromise who he is, regardless of what anyone else says. We Cool was simply born out of the next chapter of Jeff Rosenstock’s life, and he rocked the hell out of it. If that isn’t punk rock – I don’t know what is.

Be the first to comment on "The Punk Rock Patriarch: A Review of We Cool? by Jeff Rosenstock"