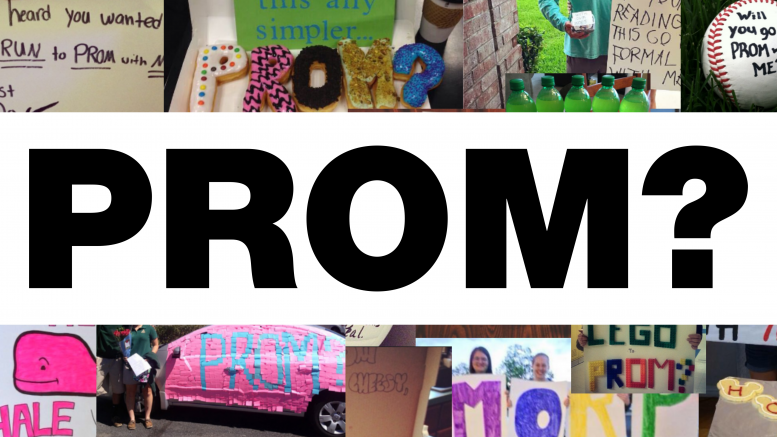 Prom has come and gone. thankfully. The entire pre-prom season, many have been thinking “Yeah, okay, we get it. You like to keep ‘tradition.’” Because for years upon years and movie upon movie, getting asked to the Prom was clearly the most important thing that happens to American high schoolers. And even with an ever-changing society, it’s been the one tradition to last through the years and carry the same sentiment.

When did getting “asked to The Prom” have such an integral role in American society?

Let’s trace it back to the 19th century American universities, when the original Proms, or Promenades, were held as formal banquets for the graduating classes. Eventually, younger generations insisted for them to be earlier and earlier, creating the high school Prom night we have today.

But still, when the tradition was first started, how, and why, were dates decided? If we trace popular Western dance culture, nearly everything before the 1980s required a partner. From The Waltz, to the Foxtrot, to the Swing, to the Hustle. As far as I’m concerned, dabbing is a one person game.

So “dates” are undeniably an age-old tradition, but there never seemed to be a trace of extravagant “asks” to those 19th century Promenades. Rather, asking someone to the Prom served as polite gesture of consent to dance. In fact, according to the Washington Post, the first use of the term “promposal” can be traced back to around 2001. That sounds a little less than age-old. Fifteen years old, to be exact. That’s younger than a majority of our current seniors.

An age-old tradition that is younger than you? Whatever you say, America.

Past the false claim of “tradition” that Promposals carry, they can spark a variety of social pressures. Whether it is the excessive need for attention or the high expectations for the askers, Promposals have created a crude culture of stardom. High school students can’t help but feel a desire for their five minutes of fame: whether it’s going down in history for best ask, or being put in the spotlight, because you’re “special.” Not only may some people feel pressured to say yes with such an extravagant gesture, but some people go so far as to ask ahead of time just to assure the yes. So the prom ask…isn’t really the prom ask? I wonder how that works for breaking tradition.

Prom is great, don’t get me wrong. It’s the highlight of your senior year (apparently) and greatest night that high school can offer, if that’s really saying much. But hey, why not save the bling for the dress, and the money for some food? Nobody can reject some smooth talk and fresh Taco Bell. If it’s attention you’re seeking, go to Grandma’s house. 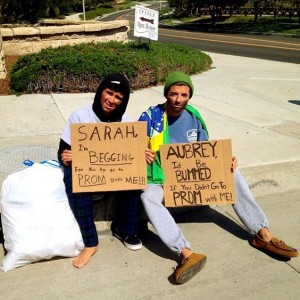 With their crafty cardboard signs, these boys have achieved the economical and hilarious promposal. 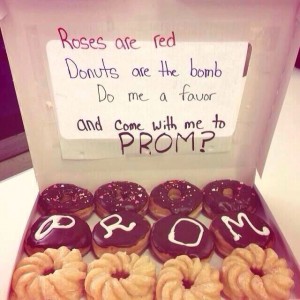 Ah, here is the an example of the classic Subtle But Cute promposal. A dozen of donuts are a guaranteed way to ensure a “yes”! 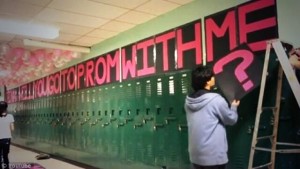 This kid is going for the big Elaborate Extravaganza ask; the whole school is sure to see this promposal.

Seniors Speak: a Word from the King and Queen