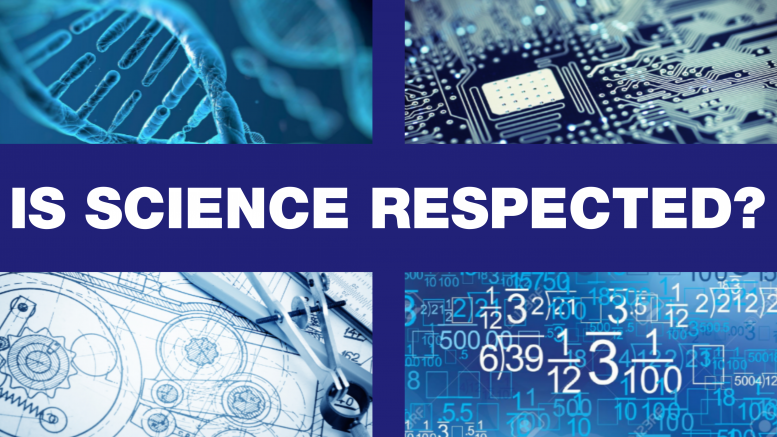 We hear the acronym everywhere: science, technology, engineering, mathematics (STEM). These are the keys to success and the future of America. Headlines read “American Students Falling Behind” as the government spends thousands and thousands of dollars promoting STEM to keep America competitive.

There is little doubt that STEM is important. American students are falling behind in STEM fields when compared to other countries, and research, development, and design are moving away from America. While the fact that science is becoming increasingly important in other parts of the world is a good thing, if American students cannot stand up to competition in STEM, research, development, and design will leave us and take employment with it. According to the National Math and Science Initiative, American education has fallen from being the leader of math and science to 20th in science and 27th in math in a matter of decades.

Though the importance of STEM is stressed, are all elements of STEM equally highlighted? I would argue that technology, engineering, and math take all the fame. Science is left in the dark.

In today’s world, science has lost some of its respect. We practically worship celebrities and we revere business tycoons, yet we picture scientists as spending their days mixing chemicals together in their parents’ basement. Industry and business are where the jobs are and where the money is, and they need much more technology and engineering than hard science. Science in the research sense does not always apply to making a product that benefits the human race (or making money); it sometimes only pushes the boundaries of human knowledge. But that’s not going to make money, so it is not marketable to industry.

Look at the number of PhD science graduates that struggle at finding jobs, even though they are among the most intelligent people in the country. There are only so many positions in academia, and industry is already focused on the other aspects of STEM. America is no longer the country for science. The government and the public do not respect science because it does not benefit us immediately. Therefore, science does not get the funding it needs—making science a very stressful, underpaid field to go into.

Technology, engineering, and mathematics are equally as important as science in STEM. However, because the public is less informed about science and because industry focuses on technology and engineering, science stays behind. Government should increase science funding, but STEM is not about making discoveries—it is about making American students more competitive in global industries.

Be the first to comment on "The Intricacies of STEM: Is Science Respected?"