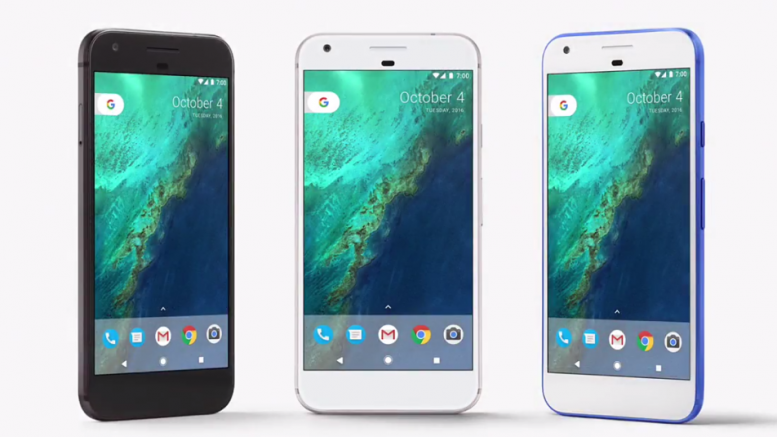 Just in time for the fast-approaching holiday season, Google has whipped out its newest piece of tech: the Google Pixel.

Boasting new and improved camera quality, the Pixel features a 12.3 megapixel camera. Product Vice President Brian Rakowski goes so far as to call it “the best smartphone camera anyone has ever made.”

This new gadget also takes into account global changes in technology, which Google CEO Sundar Pichai describes as “shifting from a mobile world to an A.I. world.” Thus, Pixel’s distinguishing feature is Google Assistant, which acts as guide, translator, and researcher, with increased functionality compared to Siri.

“The assistant is conversational – an ongoing two-way dialogue between you and Google that understands your world and helps you get things done,” Google explains. “It makes it easy to buy movie tickets while on the go, to find that perfect restaurant for your family to grab a quick bite before the movie starts, and then help you navigate to the theater.”

But chances are you might not get your Pixel in time for the holidays, given the rate at which they’re selling out.

“The ‘Very Blue’ version of both the Pixel and Pixel XL sold out within minutes of Google making them available for purchase on the Google Store,” states Business Insider, “and now the 32GB variant for the Pixel in Quite Black and Very Silver are showing estimated delivery times between 4 to 5 weeks with standard shipping.”

Despite resemblance to an iPhone, Google Pixel still differentiates from its Apple competitor. The water-resistant iPhone 7 offers a much slimmer and lighter frame, while its home button remains touch responsive to unlocking the phone. The Pixel instead features a rear fingerprint reader which takes up a third of the back.

Nonetheless, since Google makes use of AMOLED technology compared to Apple’s LCD tech, the Pixel’s superior display can deliver richer and more vibrant colors. According to David Pierce, a writer for tech magazine WIRED, the Google Pixel is a phone that “offers the look and competence of an iPhone, with a truly great camera and loads of innovative software and services.”

“The Pixel is different: although it is manufactured by HTC, it’s fully designed by Google,” notes the Verge, “And Google designed it to compete at the top tier, so it’s priced to match the iPhone and the Galaxy S7. It has a couple incredibly obvious objectives in mind with this phone: make it familiar and make it powerful.”

With its fast charging and aluminum design, the Pixel starts at a modest $650.

1 Comment on "Google Just Unveiled Its Newest Tech: The Pixel"