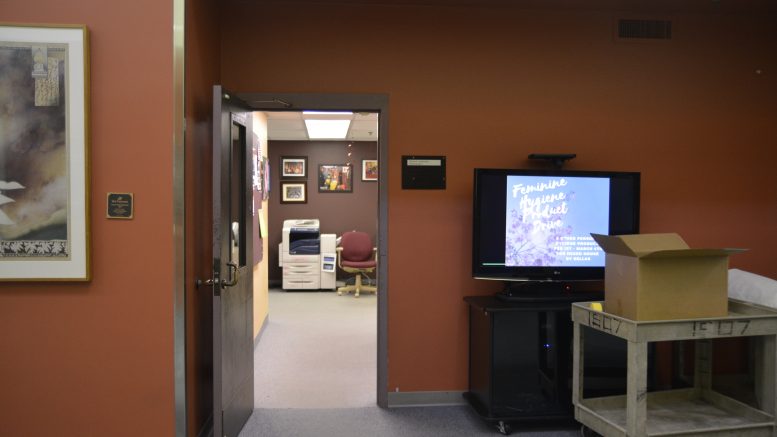 On Sunday, February 7th, following the Clash of the Halls (CoTH) color reveal, some IMSA students updated their Facebook profile pictures to “memes” about their hall’s color. For the past two years, halls have created “fake themes” to build anticipation for their official theme release. They do so immediately following Color Reveal, an event which marks the beginning of the competition for campus.

Two memes created by two students included images of the Ku Klux Klan and Confederate flag. The memes were eventually reposted with the caption, “I don’t see how this is at all funny, this is beyond inappropriate.” One meme was posted by three other students and was allegedly homophobic.

These memes and the subsequent public post were removed that night. As of last Monday, the students were notified by RCs that they would have disciplinary hearings with Katie Berger (Associate Director of Student Life).

On Monday, CoTH was allegedly cancelled in the morning and reinstated in the afternoon (as claimed by certain Student Council members). IMSA’s Principal Dr. Marie Dahleh, Dr. Hernandez (Executive Director of Student Affairs), Dr. Adrienne Coleman (Multicultural Education Specialist), and Amy Woods (Coordinator of Campus Activities) had a two-hour meeting with CAB and Student Council after these posts were brought to their attention.

CDs received a message from CAB and Student Council leadership requesting halls not to falsely change any profile pictures. The hall would lose points if anyone made such changes. After 10-check that day, all Resident Counselors (RCs) notified students about a change in Tuesday’s schedule, so the academy could host a school-wide assembly to address the events.

IMSA Principal Dr. Dahleh and IMSA’s President Dr. Torres scheduled an all-staff and all-faculty meeting at midday on Tuesday. Staff and faculty members met with them privately in the gym for 15 minutes before students joined.

Dr. Dahleh said the following of the memes and general images posted on Facebook: “…some were racist and some were homophobic. This is unacceptable behavior for us as a community, and we’re here to start the process of looking into this. So as you know, you all have signed the code of conduct and the disciplinary handbook, and the students then who were involved will go through that judicial process. It will take some time although it has started, and we aren’t really at liberty to discuss how that unfolds, but please be assured, that we are following our handbook as we said we would. Today, we are going to briefly discuss this, and it’s really only just the beginning of what we hope is a way to turn around the community to one that we can all be very proud of.”

After school on Tuesday, Amy Woods sent out an emailing saying, “Clash of the Halls preparations will be postponed until the new agenda and rules are released later this week”. CAB president Mateusz Cikowski (’17) worked with Dr. Bob, Amy, and Dr. Coleman to revise the Clash of the Halls Agenda.

Some changes in the CoTH revisions include a change in the 1503 hall color from white to silver at the hall’s request. Also, all halls will incorporate a certain theme into their mural (religion, race, etc.), and the murals will be put together to create a diversity image.

Matt emailed the revised version of the agenda on Wednesday with a statement made by him and Student Council president Madison Dong (’17) , “…we believe that this issue we have seen at IMSA extends beyond Clash of the Halls—it’s about our community. IMSA is a community of some of the most amazing people in the state of Illinois, but more importantly, it is a home. We need to take care of it, and that means we need to take care of our peers.” Student Council and Student Life have prompted students to not be discouraged by these recent events, yet Clash should not – and will not – overshadow the larger racial and cultural problems in the community.

AASA (African American Student Association) board held a community meeting on Thursday evening to do an emotional check and address potential solutions regarding recent events. On Tuesday, February 14th, the President, Principal and Student Life held an after-school conversation with students to hear their concerns about recent events.

Why Did YOU Come to IMSA?

CotH: Thoughts from Teachers and RCs