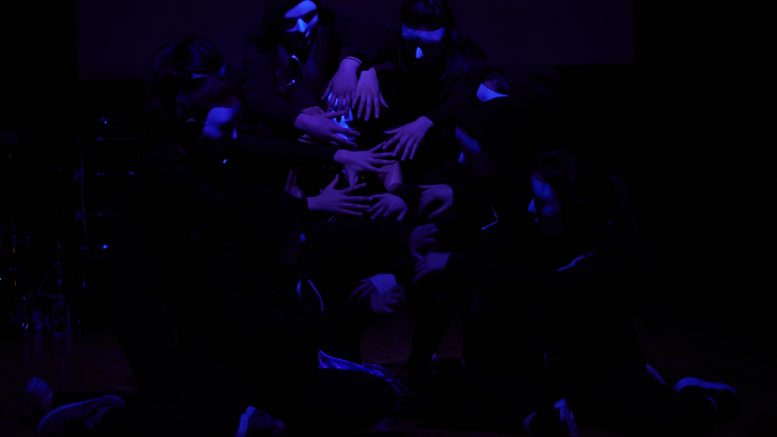 The second day of Clash kicked off with the dress-up theme Decades, which even the faculty participated in (including Señora Barcelona, Dr. Carlson, and Dr. Porzio in their fantastic outfits!).

During midday, members of all halls gathered in the Old Caf to compete in a cake-decorating contest. Everyone created truly unique cakes, incorporating their themes and utilizing the materials given to them to the best of their ability. Friends rushed up to support each other, cheering them on and crowding around the table in excitement. In the end, 1507 won the event with their simple yet elegant design of a pink pattern criss-crossing across a cake frosted with white icing, featuring a beautiful flower in the corner. (Pictures of the cakes are available on Facebook!)

The highly anticipated Talent Show began at 7:15pm, and the auditorium was packed with performers and eager students alike. Judges Ms. Townsend, Mr. Ordoñez, and Ms. Dowling provided entertaining commentary and constructive feedback, while the hyped crowd cheered each other on. An anonymous senior even commented, “This crowd is amazing, to see all of us cheering and applauding, recognizing the invisible hours of effort and sweat behind each second of every hall’s show…this is the perfect Clash experience.” (If you didn’t get a chance to see it live, watch it on Youtube!)

1504 started off the show with a spotlight on Simon Su (‘17), who acted as a player entering a virtual reality game. From martial arts to a synchronized dance, they displayed their talents while setting it up as different levels in a game, featuring Noble Wulffraat (‘18) juggling to represent the infamous loading screen. Though the show took a dark turn, the crowd exploded with laughter at Talent Show’s first ever Rick Roll.

Then came 1502, who ended up winning the Talent Show. After all, despite some technical issues at the beginning, their performance was phenomenal. It began with Marisa Patel-O’Connor (‘19) who was happily listening to “City of Stars” on her phone, with a sweet dance and gymnastics in the background. But then Marisa grew agitated and upset, her happiness level decreasing according to the narrating voice, and performers placed white masks on their faces as the lighting shifted to blue. With an epic martial arts performance and dance, the show ended with Marisa wearing a mask too. A nice touch was the 02 members in the audience, who held up flashlights on their audience at the finale.

1503 was up next, commencing with a girl who is drawn through a mirror into the dark side, inhabited by the eerie and broken dolls and filled with gymanastics, cute dances, and amazing solos from Divya Dureja (‘17) and Samhita Inampudi (‘17) on stage. Overall, 03’s performance was an amazing rendition of their Dollh0us3 theme.

1505 received screams and applause for junior Pranav Narayanan (‘18) who began with signing “The Hills” by The Weeknd. They displayed unique talents from soccer tricks, partner juggling, nunchaku, unicycling, 2 instrumental solos, and rapping with a code running in the background to fit their computer/hacker theme. 05-ers from marched through the aisles in the audience and swarmed the stage for the finale, raising up a green CHA05 sign, a moment judge Ms. Townsend declared“the Lion King of the weirdos moment.”

Next up was 1501, who incorporating more acting and a playful ballad-like songs, telling the story of two pirate ships who fight but then reconcile and join forces to seek treasure together. With adorable humor and jaw-dropping talents including yo-yo-ing & Irish clogging, 01 pulled off a cute show true to their Marooned theme.

Of course, 1506 had a dramatic start, with scientist Grace Yang (‘17) injecting serum into Ayrah Garcia (‘17). She begins with “Counting Stars”, featuring a happy ballet dance, gymnastics, and even ribbons. But then, something goes wrong, and the subjects of Project 06 begin to attack the scientists through a ribbon dance, contortions, a martial-arts inspired fight, and a truly hype and amazing dance with LED gloves in the dark. Even the judges struggled to point out a flaw in such a beautiful performance.

Finally, Talent Show ended with 1507, featuring a hand-crafted cherry blossom tree for their Sakura7 theme. They told the story of a teacher who told his students to “earn their Sakura.” The crowd cheered endlessly for their martial arts, a well-choreographed dance, breathtaking vocals. The judges even commended their well-arranged music and talented instrumentalists, for they even had recorders and an erhu (a Japanese string instrument)!

Be the first to comment on "Clash of the Halls: Day 2"