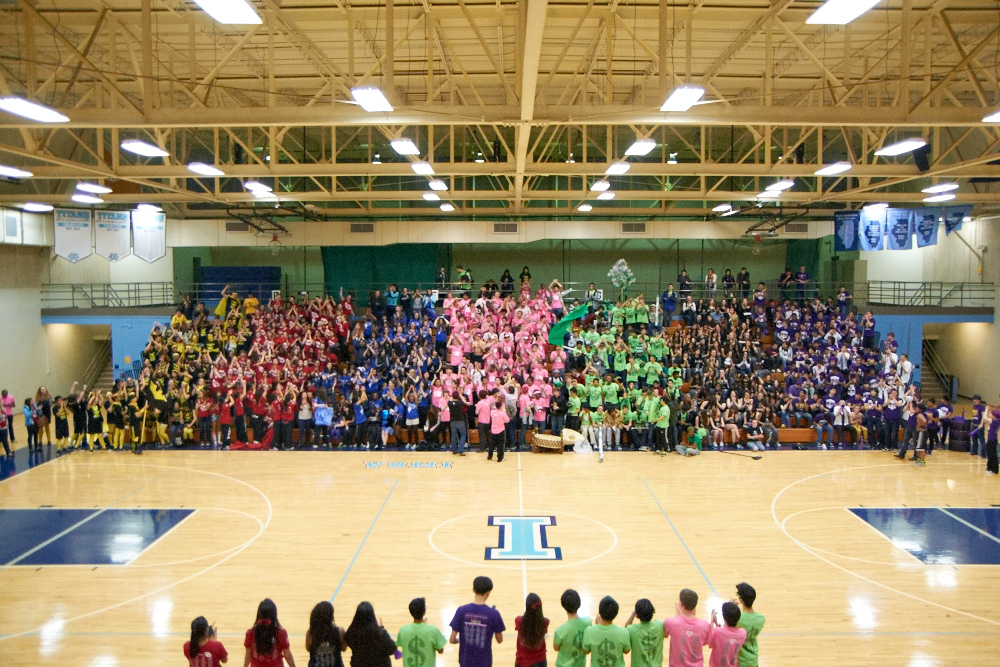 As March is drawing to a close, preparation for Clash has reached its peak. While Drill team polishes up its choreography and mixes, Talent Show perfects its act in the auditorium. The hall mural artists draft their masterpiece and wait for the canvas before they can flex their creative muscles. The familiar decorations in the hall are taken down for a new theme and color–the red circus, pink 1950s, and purple Mardi Gras, to name a few.

Regardless of the activity you’ve decided to join, chances are you’ve experienced days (and nights!) that have reached near-madness. Whether it’s three straight hours of drill practice or the all-nighter of editing, some days it feels as though the spirit of friendly competition and festivities has been lost.

At its beginning, Clash was a pick-me-up for the IMSA community. Taking place right between two extendeds, it was intended as laid-back, refreshing fun for tired, lackluster students. Hall colors were announced a week or so in advance, unlike the current release–during the week before first semester final exams. Overall, the energy has changed immensely since Clash’s inception.

Be it then or now, Clash has always been a week of unforgettable memories, friendly competition, and hall unity. Over time, however, some of these values have taken a back seat for the sake of point totals and ultimately, for the sake of victory. I hope this year and all the years to come, we keep our eyes on winning, sure, but beyond that, kindness, respect, and sportsmanship.

In my own hall, I’ve seen the outrage of students when the RCs called a mandatory meeting to discuss the 11 pm rule, which, as we all know, prevents students from preparing for Clash after that hour. The uproar was ridiculous, and in no way respectful of the RCs or the rules of administration.

So, to the upperclassmen, I hope you spend your efforts kindly supporting and encouraging your peers and underclassmen. I hope you can remember your experiences from the years prior and improve on them to make this year the best one yet. To the underclassmen, take everything that your upperclassmen say with a grain of salt. Don’t let their opinions determine your Clash experience. In the end, it’s up to you what this week means.

At its heart, Clash is a unique week that only a place like IMSA can host. We can take this opportunity to celebrate each and every hall and moreover, unite as a hall and as Titans.

I hope we, not only as a hall, but as a campus, remember that.

[Seniors Speak] Look Back and Laugh

Be the first to comment on "Clash of the Halls: Competition or Catastrophe?"