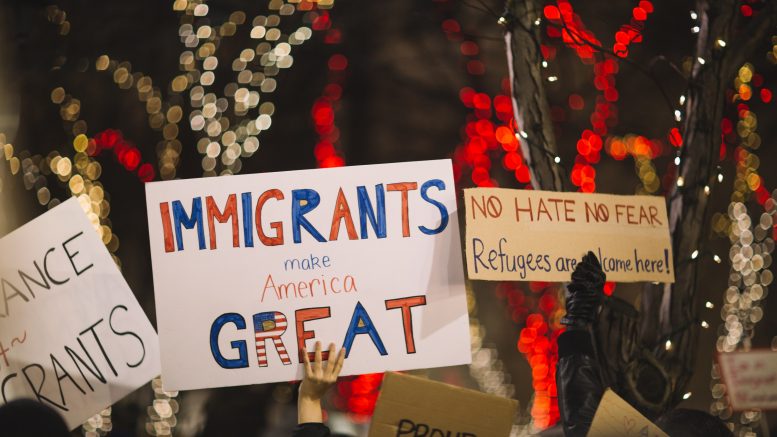 It may seem as though all of the talk about Charlottesville, Virginia is getting old. I get it. We’ve heard about it at Convocation, it has overtaken just about everything else in the news cycle, and it pertains to a topic that the state of Illinois has little investment in. The debate about what to do with Confederate statues is one that I also have had an admittedly detached interest in, and I think this stems from a lack of understanding regarding how these testaments to slavery affect others, along with a lack of personal involvement in the fate of such testaments.

That is, until recently. Being of Jewish descent, the anti-Semitic nature of the protest has hit me on a more personal note and allowed me to understand how vulnerable and unwelcome protests of that nature make people feel. It was deeply unsettling, and I wholly condemn what happened. White supremacists are repulsive, repugnant, and hate-filled people that do not represent my race and do not represent the America that I want to live in. Many of the events that followed (such as the Boston free speech rally ending early and the Daily Stormer being pulled off the Internet) felt deeply satisfying, but are also worrying for the dangerous precedent that they are setting. Before you furiously shake your head at me and shut off the computer, hear me out. My beliefs are not in spite of my personal stake in this issue, but because of it.

For me, this story really begins in the fall of 1976 with Frank Collin, the leader of the National Socialist Party of America, David A. Goldberger, a Jewish attorney with the American Civil Liberties Union (ACLU), and Aryeh Neier, a Jewish refugee who was also the executive of the ACLU. Collin intended for his party to hold a march through Skokie, Illinois, a predominantly Jewish area with many of their residents being Holocaust survivors or direct descendants of one. The Circuit Court of Cook County allowed the marchers to march with the contingency that they could not display swastikas or wear Nazi uniforms. The ACLU challenged this injunction on behalf of the Nazi party and eventually won.

That’s right. The ACLU, led by a Jewish man who fled Germany with his parents, decided to represent the very people who wanted him dead. And, not only that but one of the lawyers who represented them in court, David A. Goldberger, was a Jewish attorney. When asked why their answers were remarkably similar and boiled down to this idea: the only way to protect one’s own free speech and to prevent the events of the past from recurring is to protect the free speech of everyone.

I recognize that there is a difference between a peaceful march of repulsive ideas and a violent march of repulsive ideas, and I wholly support the idea of free speech until it threatens the safety of others. However, it worries me that we are canceling events where white supremacists are speaking and pulling websites from the Internet that promote controversial views. Yes, I know that it is more complicated than that, but I am worried about where this will lead. I am worried that, slowly, websites with views that do not fit the mainstream are going to disappear under the precedence of “free speech that is inciting hate,” and rallies, where people want to peacefully express little-acknowledged perspectives, are going to be overrun with protesters who consider it a victory that they quashed the voices of others. We are not there yet, but we will be soon. To some, no diversity of opinion and zero uncomfortable perspectives would create a utopia; to me, it is my worst nightmare.

These opinions must be allowed to speak because we must be reminded that they are out there. We must defend the right of others to say what they believe. We must encourage debate. We must keep an open mind. We must remember that the Holocaust, that slavery, that genocide can happen again. But, most importantly, we must listen to these opinions because we can never, ever, forget. And I guarantee that if we put contingencies on free speech like we have begun to do in the past few weeks, we will forget and history will repeat itself. I fear that it is already beginning to.

A Downstate Kid’s Guide to IMSA

Be the first to comment on "The Dangers of Forgetting"