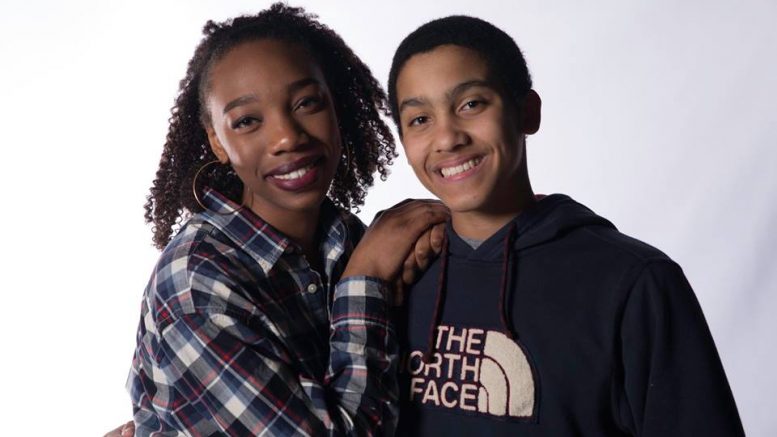 A mark of February, Black Student Union (BSU) returns with their annual culture show, Harambee! Scheduled for this Sunday from 3-5 PM, the show features dances, poems, songs, and a script to tie the entire show together. For Director Jayda Yancey (’19), Harambee is more than just a show.

“The actual meaning of Harambee is unity, basically communities pulling together, and I feel that that really signifies what we’re doing here with Harambee, the culture show… It takes an entire community to do it,” she explained. “It shows the IMSA community pulling together to not only appreciate culture, but to appreciate each other.”

For the past few months, BSU and all of the performers have put in countless hours of effort to produce the show for the IMSA community. Although it’s been stressful on the board, particularly the directors, Assistant Director Lyric Carter (’20) reflects that “I am ultimately very excited to be able to have a direct effect on my first Harambee!”

“My favorite part has, without a doubt, been seeing the months of hard work paying off,” says Assistant Director Cassius Harper (’19), “and seeing that people really care about the show as much as I do.”

Each year, the script is the heart of Harambee. This year, BSU chose to perform Pipeline, an emotional drama by Dominique Morisseau. The play’s plot centers around the “school-to-prison pipeline,” and it explores the fears of the teachers, students, and families affected by the pipeline. The play cleverly compares the private school environment to that of a public school.

The plot of this dramatic play follows Omari, a young boy whose mother transferred him from a public school to a private school to avoid the threat of incarceration. The show opens with his mother, Nya, receiving a call saying that her son had been suspended from his new academy. Later scenes show the perspectives of a security guard, Omari’s father (Nya’s ex-husband), a teacher, and Omari’s girlfriend.

The performance of Pipeline by the students involved in the script of Harambee is outstanding. As you watch the show, you’ll soon begin to forget that the actors on stage are your peers and not their characters. Keep a close eye on Elange Tande (’19), Connor Elmore (’18) and Grace Mitchell (’19), whose compelling performances will leave you breathless.

Throughout the performance, poems, dances, and songs will split the play into its scenes. Performances to look forward to include African dance, Hip-Hop, Chicago Two-Step, and Gospel Choir.

African dance has a high amount of participants yet still manages to look clean, and it has a fun ending to watch for. Hip-Hop also had an extreme increase in participation this year. Its formations are crisp and, within the performance, you’ll be blown away by the advanced feature, new to the show this year. Chicago Two-Step begins slowly and sweetly, but towards the end, you’re in for a fun surprise of flashy lighting and fast-paced couples dancing.

Overall, the show leaves a powerful message about issues faced by the black community while portraying pieces of the culture between scenes. BSU has once again succeeded in balancing entertainment value and significance. You’ll leave the auditorium in awe of the impactful play, enjoyable dances, and beautiful songs and poems.

“We always do an actual play,” says President Dawn Triche (’18). “The effort and time put into the dances we have is the same, if not more than, those of the other culture shows. You should come to Harambee to support black students and those who support us.”

So if you’re free this Sunday, February 25th, come out to the auditorium! The show starts at 3:00 p.m. with a pre-show at 2:30. Don’t pass up the chance to see this year’s Harambee — you’re in for an amazing experience complete with food and an ending number to draw you into the community.

Be the first to comment on "On Harambee’s Impact"