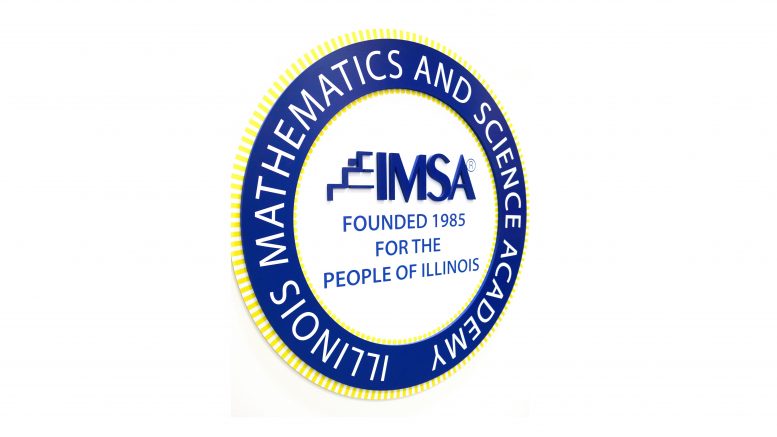 The legislation that declares IMSA’s purpose and identity has existed since 1985. Under the proposals of Senate Bill 2939, it would be changed to read as follows:

Although members of the IMSA community were surprised by the changes presented in this recent bill, similar ideas have reportedly been circulating among IMSA leadership for decades. During an interview with Acronym editors on April 11, IMSA President Dr. Jose Torres said that he found documents dating back to 1991 about having international students at IMSA.

“Dr. LuAnn Smith [the first Dean of Admissions] said that in 1987, the second year of IMSA, she had asked about going out for international students,” said Torres. “She already knew because remember, that second year that IMSA was in existence, it only was funded for half a year, and so she had already identified that international students would be a potential source of revenue.”

When Torres began his tenure as IMSA President in 2014, he immediately established the Presidential Committee on Fiscal Sustainability, which was charged with finding ways to ensure IMSA’s fiscal sustainability. This committee made a presentation to the Board of Trustees in March of 2016 about potential solutions. The idea of admitting international students ended up gaining the most traction, though it was only this past summer that the Board of Trustees gave their approval.

“This year, we said, ‘well, maybe this is the time to do it,’” explained Torres. “We’re asking them to allow us to do two things: allow non-Illinois students who pay tuition, room, and board, and number two, add a ninth grade.”

Torres stressed that the bill’s passage did not mean that IMSA would immediately start admitting international students or ninth graders.

“Even if the bill passes, it doesn’t mean that we’re going to do it,” said Torres. “Obviously, we have an investment, we think that this is the right way to go. This doesn’t require us to; it doesn’t say IMSA shall, from here on out.”

The current plan is to enroll 150 non-Illinois students and 650 Illinois students. Torres said that he faced some concerns about implementation at the Senate Committee on Education hearing in March, especially given rhetoric that came up a few weeks before the hearing. University of Illinois at Urbana-Champaign had been accused of enrolling “too many Chinese students” to the point that Illinois resident students were not being admitted, and senators were concerned that a similar situation would occur at IMSA if this bill were passed.

“So that question came to us, and we were ready for that because we don’t think that that’s the right way for us to go,” said Torres. “That’s not what we want to do; what we want to do is first, we say non-Illinois students because there might be stateside people who would want to come to IMSA. One of the first texts I received when this became more public was an alum who said, ‘oh, maybe my daughter can go to IMSA, and I don’t have to move back to Illinois!’ We never thought about that, alumni potentially sending their kids back to IMSA.”

Torres says that if this bill is passed, he and his Cabinet members are considering creating proportions for students from different parts of the world to come to IMSA.

To assuage legislative concerns, IMSA made two important commitments during the Senate Committee hearing: no more than 25% of the students at IMSA would be out-of-state, and Illinois money would not go to support non-Illinois students.

“The common characteristic is that they’re all wealthy, and there’s not much we can do about that except if we have a patron who would provide scholarships to deserving students from these non-Illinois areas,” said Torres. “But equity and excellence is like my mantra, and so how can I bring in just wealthy individuals? We have to figure out how to find some NGOs who value STEM education in Nigeria, or in Mauritania, or wherever, and they want to support a highly-intelligent, low-income person who couldn’t make it here otherwise.”

With the revenue generated from international student tuition (currently, plans are modeled on $50,000 per student), Torres hopes to build one new residence hall, connected to the main building, that would house all 800 students. Current projections suggest that the costs of maintaining IMSA’s seven halls for another 30 years would exceed the cost of this new construction.

“What we’re thinking right now is to build a new res hall with two wings, each housing 425 students…I can build one wing first, and then the other when I have more money,” Torres explained. “The center would be the recreational facilities — study halls, cafes — so we would take that employee parking lot and attach it to the building. We may put Sodexo in there.”

It should be noted that IMSA plans to hire a separate contractor to build the residence hall. Torres intends to rent the building as a lease-to-own contract so that in 30 or 40 years, the new residence hall will officially be IMSA property. The present plan is to recruit approximately 50 non-Illinois ninth and tenth graders in total the first year, followed by 50 ninth graders the second year, followed by another 50 ninth graders the third year, resulting in a total of 150 non-Illinois students paying 7.5 million dollars in non-residential student fees.

“We think that we can make the numbers work,” said Torres. “We’re not going to make a profit and give the president a bonus or anything like that. Part of the educational money is new faculty we need for 150 new students because we still want to keep the same class sizes, and we need new residential counselors, so all those kinds of things are included in the cost of all of these things.”

If the bill were passed this year, Torres says that he’d plan to enroll the first class of international students for the fall of 2021. At least a year and a half is required to recruit non-Illinois students, and then building the hall, getting new faculty, and curriculum revisions will likely take some time as well.

Passing the bill has other implications for what an IMSA education might entail. Torres believes that the science and math sequences will change, as well as potential expansion of the world languages and revisions to the Literary Exploration series. He also points out that admitting international students will greatly contribute to the diversity of students and experiences at IMSA.

“A lot of times we focus on the finances, but the beauty of having non-Illinois students here is that the relationships you have already with Illinois residents from all over the state, you can then add to that people from all over the world,” he said. “You’re going to visit friends in Brazil now, and Nigeria, and South Korea…probably not North Korea, but you know, Beijing and Shanghai, and you develop friendships from all over the world now, and these are all leaders who are going to be influential in your future.”

Nevertheless, Torres admits that there are some question no one can answer yet. He, his Cabinet, and IMSA’s legislators are still working hard to plan out what full implementation of SB2939 would look like.

“Some people, frankly, want us to know all of the answers to all the questions, and they say, ‘well, why are you doing this if you don’t know the answers?’” he said. “Well, suppose the bill doesn’t pass. You know how much effort I’ve put into this already? And Cabinet members and other people? So that means that all that effort is gone. So we are putting as much effort as we can and as we need to, but not all the effort. The other thing is that we want to get people involved in helping us make some of these decisions – we don’t want to make all of the decisions, but we have to make some decisions to move forward.”

In regards to alternative approaches IMSA could have attempted in lieu of this bill, Torres said an option would have been to make IMSA private.

“We could have changed the law and said Illinois students should be able to pay tuition, room, and board. So we could have charged you guys, kept all Illinois students, and scholarship ten percent, which is our current ratio of very poor students,” said Torres. “The law says we cannot charge tuition, room, and board, so we could have requested a change in law that says we could charge tuition room and board – but is that what we really want to do? Then it makes it like a private school. That really changes IMSA, I think, to go from non-tuition paying to tuition paying.”

Moreover, Torres reaffirms that IMSA is still committed to educating the best and brightest of Illinois students. Regarding the idea that IMSA was created to serve gifted students regardless of their family income, Torres points out that achievement and income are related, and that the majority of IMSA students come from stable financial backgrounds. He believes that international students who can pay $50,000 a year wouldn’t be that big of a change.

“The truth is that you don’t go to math camp in the summer, to all those kinds of things, without having income,” he said. “We have people at IMSA who have been homeless. There’s not 100 of them; there’s one or two, maybe, in the history of IMSA. We have low income people. They’re not 80%. I can tell you that there’s like maybe 10% because I’ve been pushing to bring more of them in – I call them high-ability, low-income students. But to say that income has nothing to do with people coming here, I think it’s probably disingenuous at best, or naïve, maybe.”

Thus far, his response to concerns has mostly been, “What’s the alternative?”

“As the president, I have to think, okay, how do I keep IMSA open? I can’t always count on alumni to donate,” he said. “I keep saying ‘what’s the alternative?’ as a rhetorical question for people who don’t like this idea. What’s your idea? I’m sure there are other ways, but I haven’t seen them yet, and we would need to net 4 million dollars a year.”

Torres says that more alumni have been starting to give, possibly in response to this bill. Overall, he believes that this bill is the solution for IMSA’s future fiscal sustainability.

“I can guarantee you that when I came here in September of 2014, nobody said to me that part of this great deal with this new job is that you’re going to figure out how to do financial sustainability for an organization, the world’s leading and learning laboratory for imagination and inquiry,” he says. “It wasn’t on the brochure. But I’m here to serve, and to the degree that the Board of Trustees feels that I’m doing the right thing, in the right direction, I’ll be here…For me, it’s kind of fun to think that potentially, this could be a way to have a fiscally sustainable organization for the next 20-30 years, and I can then say I was part of that solution – not that I was the solution, but that I contributed to it. I’d love to see IMSA here in 20 years.”

At the time of this writing, SB2939 has been passed by the full Senate. The bill’s status can be found here.

An Interview with Dr. Torres: IMSA Law and Diversity

Be the first to comment on "The Story Behind Senate Bill 2939: An Interview with Dr. Torres"