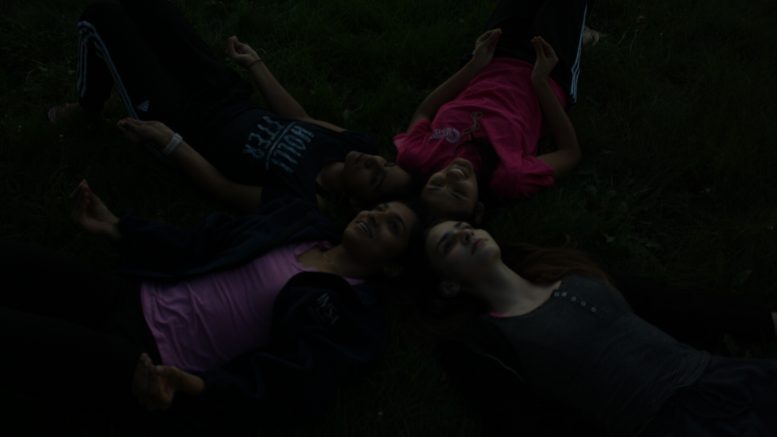 A campus must be united. Source: Shubha Verma

In the spring of 2018, IMSA’s Office of Institutional Research (OIR) administered the Stanford Survey of Adolescent School Experiences (i.e. The Challenge Success Survey). The survey was created in 2009 by the Challenge Success Project in the Graduate School of Education at Stanford University. The Challenge Success survey measures students’ high school experience such as academic engagement, health and well-being, homework, extra-curricular activities, and academic integrity. IMSA’s faculty, staff, and students will engage in a “year of inquiry” in response to the results of the survey.

In tandem with StudCo’s annual Mental Health Initiative week, The Acronym has decided to share the mental health aspects of the survey and illustrate the “quality of mental health” at IMSA. One might assume IMSA’s mental health is not as stable as most high schools because of the imposing rigorous college-level environment. However, IMSA is not struggling alone.

The American Psychological Association (APA) conducted a survey between August 19 and 27, 2009 among 1,206 8-17-year-olds, and their data is surprisingly similar to our own. According to APA, 44% of all children ages 8 – 17 reported that doing well in school was a source of worry.

From the Challenge Success Survey, which received approximately 550 student responses, we found that 57% of students reported that they are always worried about the possibility of not doing well in school.

Visit https://plot.ly/~sverma1/7/#/ if the above chart doesn’t work. Developed by Shubha Verma. This graph is interactive! Mouse over points to learn more about them, double click legend entries to isolate them, and drag over an area you’re interested in to zoom-in on it.

If we dive into what specifically causes this academic worry, we arrive at the majority of the student’s work: assignments and tests.

Visit https://plot.ly/~sverma1/10/#/ if the above chart doesn’t work. Developed by Shubha Verma.

Academic worry is not the sole factor in determining the state of mental health at IMSA. According to the same APA study mentioned earlier, “35% of teens reported that stress caused them to lie awake at night and for teens who sleep less than 8 hours per school night, 42% say their stress level increased.” The general lack of sleep at IMSA is not anything new, but exactly how bad is it?

Visit https://plot.ly/~sverma1/13/#/ if the above chart doesn’t work. Developed by Shubha Verma.

While doctors recommend that 9 hours of sleep is sufficient for adolescents, this appears to be far from reality for most students at IMSA, and across the nation.  All three grades have an average amount of sleep well below the recommended amount. The sophomores sleep an average of 6.4 hours, followed by the seniors (5.7 hours) and juniors (5.5 hours).

Mental health and emotional issues can be overwhelming for a student, especially when they are coupled with academic stress. Because of the potentially devastating consequences, IMSA does offer students the opportunity to miss school due to mental health or emotional reasons, but the number of students who use this opportunity varies based on their own opinions about stress mods and stress days. The following chart displays the grade level differences in the percent of students who indicated they missed school in the last month due to a health or emotional problem.

Disclaimer:
1. The data portrayed in this chart was collected by IMSA’s counseling services, not the Challenging Success Survey.

Visit https://plot.ly/~sverma1/18/#/ if the above chart doesn’t work. Developed by Shubha Verma.

While students might recognize their mental health and emotional problems, adolescents tend to be unwilling to seek help. Even if they are willing to seek help, they might not have a trusted individual or group of people accessible to them. If you hover over each of the six points in the plot below, you can see that the total amount of student-counselor interactions increased drastically from the 2015-2016 school year to 2016-2017, from 1,043 visits to 1,764, respectively. The number of unique student visits, however, has stayed constant, hovering around the average of 269 visits over the past 3 school years. The 2016-2017 school year even had about half of the student body interact with the student counselor.

Disclaimer:
1. The data portrayed in this chart was collected by IMSA’s counseling services, not the Challenging Success Survey.

Visit https://plot.ly/~sverma1/5/#/ if the above chart doesn’t work. Developed by Shubha Verma.

Disclaimers
1. The original study allowed for survey takers to indicate genders outside of the binary, however, due to the relatively low amount of genders reported, they were not shown in order to protect student privacy.
2. In this specific survey question, students were given the option of selecting as many symptoms as they have experienced.

Visit https://plot.ly/~sverma1/1/ if the above chart doesn’t work. Developed by Shubha Verma.

Visit https://plot.ly/~sverma1/11/#/ if the above chart doesn’t work. Developed by Shubha Verma.

IMSA students have the difficult job task of becoming independent and leaving home earlier than most high schoolers across the country. While IMSA does all it can to accommodate students and help them to adjust to the environment quickly, IMSA’s efforts may not be successful across the entire population. Each student is unique and goes through experiences that might affect their mental health differently.

From the data above, we can already see disparities among grade levels and form some questions. Do IMSA students take time to understand the opportunities and resources around them? Are new methods needed to aid students with their mental health and stress? What exactly happened in the past school years which caused the number of counselor visits to increase in the 2016-2017 school year but decrease again in the 2017-2018 school year? Everybody is aware of the increased difficulty of junior year but what is being done to assist with the increased academic stress?

As a community, IMSA needs to recognize that what might have worked for one group of students might not work for others, or even the same students in the future. Our campus is constantly changing and creating new experiences as each student inches closer to adulthood. With this maturation comes new pressures and stressors that must be accommodated for every step of the way. While this is a very difficult task, everyone at IMSA can contribute to the cause by simply seeking out a trusting relationship with anyone at IMSA. With trust comes that shoulder to lean on, that hand to hold, that person to talk to, all contributing to a better state of mental health.

School’s in Session: How to Destress