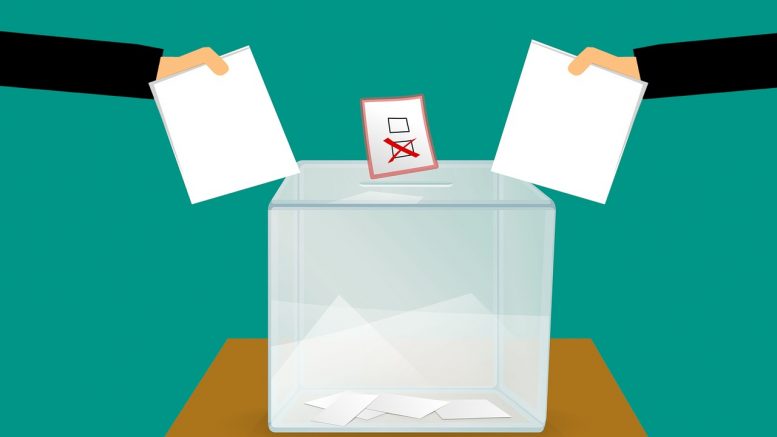 Relations Director went to Ji Yoon Lee, who gave a speech on how you shouldn’t vote for her just because you knew her, but rather for the best candidate.

Meanwhile, Aaron Rodrigues is the new Publicity Director, perhaps due to his impassioned speech where he proclaimed, “Graphic design is my passion!”

Logistics Director is now Kurt Leano’s job after his speech where he used the fictional Wakandans’ battle cry of “Yibambe!” from the movie Avengers: Infinity War to rally the crowd. “Yibambe” means, roughly, “hold fast” in the South African language isiXhosa.

The Vice President is Vasu Chalasani who gave a speech that included a recounting of a time that she had to find the courage to speak Spanish when she was on a business call with a man who didn’t speak English.

Finally, incumbent candidate Jay Dong has scored the title of President once more after he reflected about his past two presidential speeches.

This board makes up the Class of 2020’s SCC, which will carry them into the final year of fundraising for prom. While the presidential and vice presidential seats retain the same people, all three director positions are filled by new faces. Only time will tell the new direction SCC will take.

Regarding Tonight’s Sophomore at Large Elections (with Post-Election Update!)

March: 5 Things To Look Forward To

Be the first to comment on "Senior Class Club Elections"