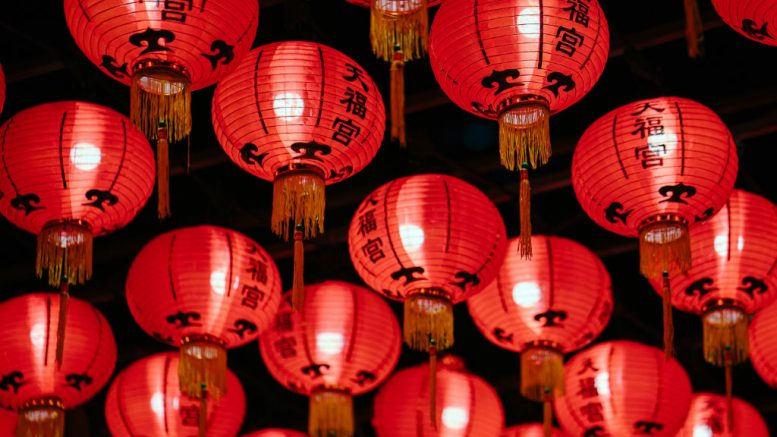 Every year, students learn choreography for traditional Asian dances in celebration of the Lunar New Year, arguably the most important holiday in many East Asian countries. Last Friday, the effort accumulated in a two-hour show featuring dance, script, and other miscellaneous student acts.

So, what’s all the hype over Lunar New Year?

The solar calendar, the most widely used system today, places the start of the new year on January 1st. However, many East Asian countries (including China) traditionally use a lunar calendar, so their new year starts in late winter/early spring.

The story behind the Lunar New Year involves a mythical beast named Nian (meaning “Year,” or 年), a sea-dwelling creature with the head of a lion and the body of an ox. Each year on New Year’s Eve, Nian would rise from the sea, prowl the coastal villages, and feed on the villagers and their livestock.

The ordeal continued until a wise old man suggested using firecrackers and red paper to defend against Nian. That night, when Nian left the sea under cover of darkness, the creature was met by loud banging noises, flames, and bright red papers pasted on the villagers’ doorframes. Frightened by the spectacle, Nian retreated to the sea.

To continue warding away the half-ox, half-lion sea monster, the people hung red paper on their doorframes and set off firecrackers each year.

The story of the Chinese Lunar New Year is certainly not the only Lunar New Year story in existence. For example, the Thai New Year (Songkran) is celebrated in April, since the lunisolar calendar (a hybrid of the solar and lunar calendars) places the new year in late spring. Somewhat like the Chinese New Year, Songkran is a festival of purification. Water features prominently in Songkran; splashing someone with water gives them a blessing for the coming year.

Japan’s Lunar New Year is called Setsubun, but the actual date has since been transposed to January 1st to match the Western calendar.

The Vietnamese New Year is known as Tết. Celebrated around the same time as the Chinese New Year, the Tết celebrations feature lion dances, visiting relatives, and gifting children money in red envelopes.

Different countries and cultures have their own unique traditions to celebrate the New Year, but as ASIA vice-president Jiyoon Lee (’20) stated, “It isn’t like [the show] has a quota of cultural representation to fill. It’s more like a way to celebrate different cultures than trying to represent all of them.” IMSA’s student-run Lunar show is a way for students to appreciate the variety of rich cultural traditions centered around welcoming in the New Year.