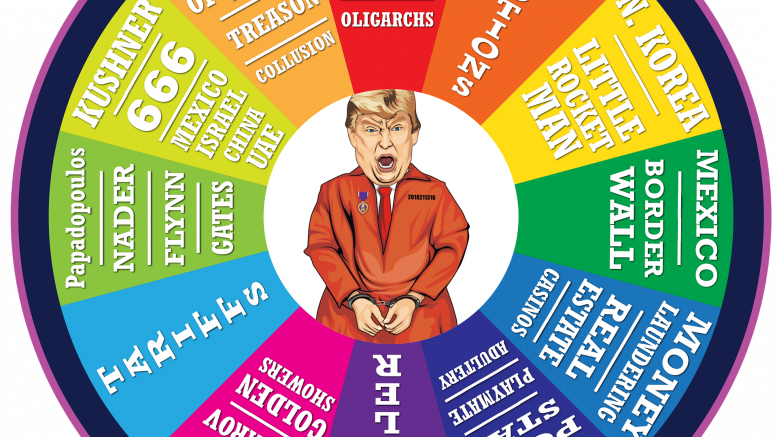 This image shows some of the reasons that caused the House to impeach Trump | Source: Pixabay.com

Wednesday, February 5th decided the future of the government, as the final senatorial votes for the impeachment trial, were called in to determine whether Trump would be acquitted or convicted. There were a few firsts during this period and many repetitions of the past. The conclusion saw of the months-long event revealed the true divisions of both parties.

The impeachment fiasco began with Trump’s investigation into Hunter Biden’s affairs in Ukraine. This was meant as a political act to demean the credibility and public opinion of his opponent, former Vice President Joe Biden. Trump’s investigation was seen as illegal by many people due to his use of government funding to perform private investigations. This was known as the Trump-Ukraine scandal, as Trump tried to illegally coerce the Ukrainian president to release private information about Hunter Biden’s business dealings with the Ukrainian natural gas producer, Burisma Holdings. To convince the Ukrainian President to act in his favor, Trump offered a congressionally provided, $400 million military aid package and used his private lawyer, Rudy Giuliani. The White House and the Ukrainian Government even established multiple contacts, and on July 25th, 2019, the President held a one-on-one phone call with Ukrainian president, Volodymyr Zelensky. The scandal came to public knowledge due to a whistleblower report in mid-September of 2019.

The official House inquiry of the situation began on September 24th, 2019, when House Speaker Nancy Pelosi appointed six committees of House: Financial Services, the Judiciary, Intelligence, Foreign Affairs, Oversight and Reform, and Ways and Means. Of these six committees, three – Intelligence, Oversight, and Foreign Affairs – provide witnesses confirmed that Trump had worked with Zelensky to investigate the Bidens. After months of more testimonies, the House settled on a final report and voted to send it to the House Judiciary Committee on December 3rd, with a 13-9 vote.

The Judiciary Committee hearings began the next day and lasted until the 5th. During the hearings, the Trump administration was critical of the actions being taken and refused to cooperate with the House. On December 10th, the three possible articles of impeachment were outlined: abuse of power through an unauthorized quid pro quo, a trade system of giving a service and returning a service, with the President of Ukraine; obstruction of Congress by refusing to comply with the House guidelines, and obstruction of justice by attempting to dismiss Robert Mueller during his probe into Russian interference in the 2016 elections. Of these three, the first two passed as Articles of Impeachment. The House voted 230 for impeachment and 197 against impeachment on the first article and voted 229 for impeachment and 198 against impeachment on the second article.

On January 15th, the House sent the articles to the Senate for the Trial, which began the next day. The impeachment was overseen by Supreme Court Chief Justice John Roberts. The prosecution’s arguments began on January 22nd until the 24th, and the defense presentation began on the 25th. Trump’s defense’s primary arguments were that there was no direct evidence of wrongdoing and that the Democrats were attempting to steal the 2020 election using the election as a scapegoat. They also said that even though they were impeaching Trump due to his “quid pro quo” with the Ukrainian president, the actual promise has to be illegal to provide as sufficient evidence. In their view, Trump’s promise to provide military aid to Ukraine was not fully illegal.

Be the first to comment on "The Impeachment Debacle"