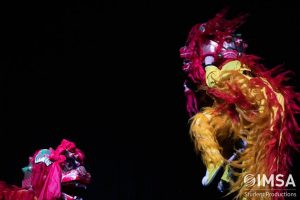 On Friday, January 31st, the Asian Students in America (ASIA) club put on the much anticipated Lunar new year show. Even with some small complications during tech week, the show was a massive success. Throughout the dances, and even at some points in the script, the crowd loudly cheered in support of the students. The show exceeded all expectations, and it was a blast to attend.

This year’s script followed Ray Shang (’20) as he experienced the different cultures of the Lunar New Year. Every night he would go to sleep and wake up in a new body the next morning. He experienced the various traditions of the Lunar New Year, even though all he wanted to do was sleep in. By the end of the show, he gained an appreciation for his own culture and was thankful to be spending time with his family. After realizing the importance of his family and the diversity in New Year celebrations, he was finally able to go to sleep.

All of the dances went smoothly for both the parent and the student show with no music, dance, or lighting issues. They all went amazing and, as always, the show is bound to be even better next year!