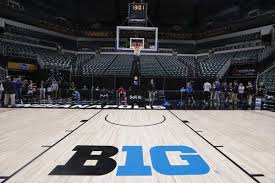 This shows an NCAA court without fans due to the cancellation of the NCAA season. | Source: mprnews.org

As more and more cases of Coronavirus COVID-19 arise, one of the largest groups affected by this unexpected epidemic is the world of sports. COVID-19 is most easily transmitted through contact and sweat. This has caused a large number of sports to end or suspend their seasons.

After this recent outbreak of the virus, four major national leagues (NBA, NHL, MLS, and Major League Baseball) have already suspended their season for at least 30 days. The NFL is having major precautions on draft scouting for teams, even though the date of the 2020-21 draft in Las Vegas hasn’t changed: April 23rd – April 25th. 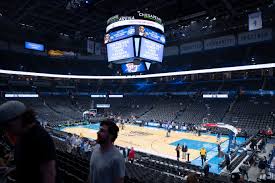 The empty Spectrum Center, home to the Charlotte Hornets, hours after the suspension of the NBA | | USATODAY.com

NBA Commissioner, Adam Silver, announced on Thursday that the NBA would be suspending its season for at least 30 days after Rudy Gobert of the Utah Jazz tested positive for COVID-19 right before the Jazz’s tip-off against the Oklahoma City Thunder. Soon another Jazz player, Donovan Mitchell, tested positive for the disease. Many teams who had played against the Jazz began testing their travel teams for signs of the virus. Christian Wood from the Detroit Pistons tested positive on Saturday, while no players from the other that played the Jazz this past week have shown signs of the virus. The NCAA canceled all of their games for the rest of their season including the long-awaited March Madness Tournament which was set to begin on March 19th. This included the ongoing Big East Tournament at MSG, which was canceled at halftime into the first game of the quarterfinals. The EuroLeague suspended all their games in Italy after many teams were concerned about playing in the country due to the recent increase in Coronavirus cases there. 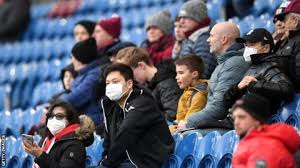 Fans at a Premier League game in England take precautions over the recent outbreak of the Coronavirus || BBC.com

The Premier League in England suspended all of their games this week after a number of cases of COVID-19 arose throughout the main teams in the league. Many other leagues around Europe have stopped fans from going to the games and have chosen not to travel to other countries due to a rise in cases. Major League Soccer also suspended their season. On top of that, all friendly Men’s and Women’s national matches have been canceled. Currently, the only places with active games are Mexico, South America, and parts of Africa. All world cup qualifying matches have also been suspended for now. 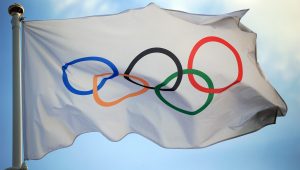 The Olympic Flag at the Flame Lighting Ceremony in Germany this past Thursday || olympic.org

As the Olympics are approaching, the IOC hasn’t provided a definite response yet as to whether games would be postponed or not. Many world leaders, including President Trump, have pushed for the games to be postponed into 2021. Currently, the IOC’s position stands to begin the games in late July, even though many of their qualifying competitions have been canceled or postponed. The IOC states that changing the current Olympic schedule will heavily affect the 2021 sporting schedule where many major sporting championships are set to happen. The Olympic Flame Lighting proceeded on Thursday with no people in attendance to watch it. 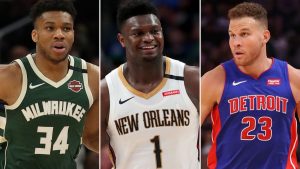 Zion Williamson, Giannis Antetokonumpo, and Blake Griffin, a few of those who have pledged money to help the laid-off workers in their respective home courts || CNN.com

This hiatus in sporting events is causing heavy financial problems to the sporting industry. The worldwide sporting industry earns more than $160 billion a year. An industry so immune to economic hardships like the recession of 2008 was never expected to fall as miserably as it is falling now. Sporting leagues and events are not only losing fans but also media attention, and in leagues like the NBA where media coverage makes up more than half of its annual $9 billion revenue.

These suspensions are not only affecting the major sporting leagues but also many minor leagues, like the NBA G League, where wages are not as high as that of the NBA. Also, many of the court workers who are now on a break with no wages are heavily suffering as many of them were even living paycheck – to – paycheck. Many NBA players and former NBA players including Zion Williamson, Steph Curry, Giannis Antetokonumpo, Blake Griffin, and Jeremy Lin, have pledged almost half a million each to pay for efforts to find a cure to the virus and to compensate for the court workers without jobs. This break in the sporting world has caused distress to everyone, from fans to even workers on the courts.