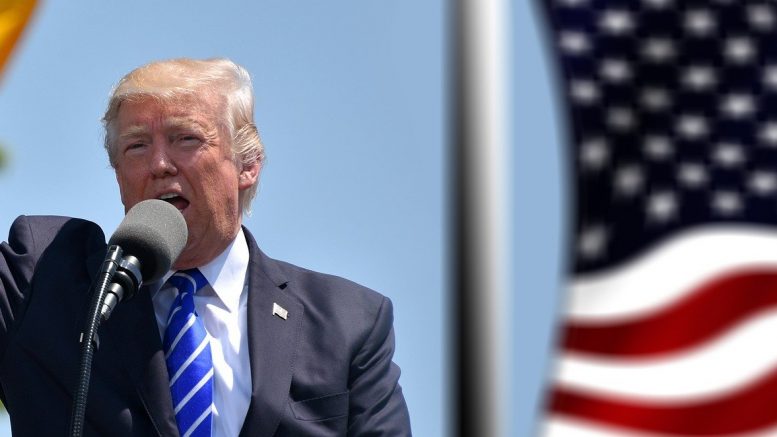 On the evening of October 1st, President Donald Trump tweeted that he and First Lady Melania Trump had tested positive for COVID-19 following the Rose Garden announcement of his Supreme Court nominee, Amy Coney Barrett. The ceremony had been attended by at least eleven others who have since been confirmed COVID-positive.

A week after his October 5th release from Walter Reed National Military Medical Center, Trump held his first rally post-COVID, arriving by plane in Sanford, FL, to address his supporters at the local airport.

Regarding of his bout with COVID, Trump told the cheering attendees, “They say I’m immune. I feel so powerful…I’ll walk in there and kiss everyone in the audience. I’ll kiss the guys and the beautiful women … everybody. I’ll just give ya a big fat kiss.”

Though he did toss them to the supporters, who stood shoulder-to-shoulder, neither Trump nor the majority of the audience wore masks.

A day further into his chain of rallies leading from Sanford to Election Day, Trump reiterated his claim of immunity, this time alleging that it is granted to anyone who has beaten the virus—anyone but him, that is. “Well, you’re the people I want to say hello to because you’re right now immune. You’re right now immune. Or they say that. You know, they hate to admit it because I had it … If it’s anybody else but me, you’re immune for life.”

Whether or not reinfection with COVID-19 is possible for the majority of people is a contentious subject. In August, a Hong Kong man tested positive for the second time in just over four months, marking the first instance such a recurrence has been confirmed, yet within the scientific community, some are hesitant to consider the case to be anything but an outlier.

Either way, the CDC errs on the side of caution, stating that “early evidence suggests natural immunity from COVID-19 may not last very long.”

Still in Johnstown, Trump declared that the country is “rounding the turn on the pandemic” without giving an explanation as to what that means. He continued, saying, “My plan: we’re gonna crush the virus very quickly. It’s happening already. It’s happening.”

Friday, October 23rd, upwards of 85,000 people were confirmed to have COVID-19, putting the American total at 8.54 million and setting a record for the highest number of new cases in a day. The last date to hold such a record, July 16th, saw nearly 8,000 fewer cases, with just over 77,000 Americans testing positive.

Since Johnstown, Trump has held rallies nearly every day, traveling the country to speak in Des Moines, IA; Carson City, NV; Muskegon, MI; and Greenville, NC, among other cities. He has addressed topics including foreign leaders, Joe Biden, the economy, and of course, COVID-19 and plans to hold back-to-back events in the upcoming weeks.

Be the first to comment on "Undeterred by COVID-19, Trump Continues to Hold Rallies"