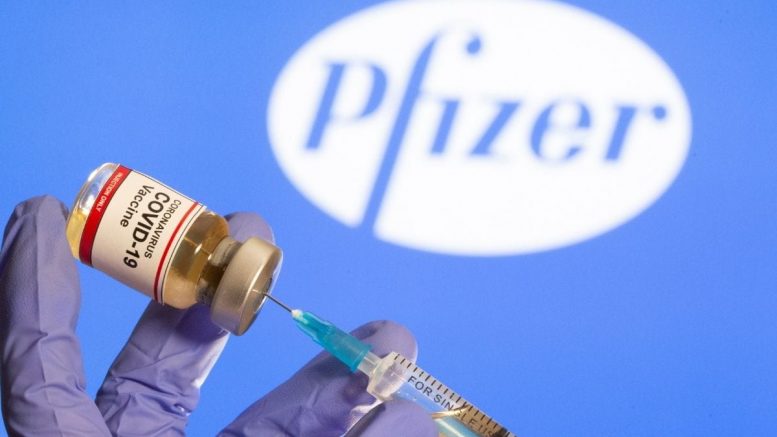 A ray of hope in the midst of COVID infections | Source: News18

If you are following recent news in the fight against COVID-19, you may already have heard of a vaccine announced last Monday by American pharmaceutical corporation Pfizer and German biotechnical company BioNTech. Likely being the first vaccine that could be readily available to the U.S., its claim of being “over 90 percent effective” has captured worldwide attention, a beacon of hope amongst the perpetual barrage of dismal world news as of late.

According to a press release from Pfizer, 38,955 of the 43,538 participants in the third phase of their clinical trials have undergone testing, having received two injections of the vaccine candidate or a placebo. As of the most recent update, 94 of those participants have developed COVID. The 90 percent figure comes from the fact that less than nine of those 94 cases were in subjects who received the actual vaccine injection. As stated by Dr. Scott Gottlieb, a member of Pfizer’s board, limited use of the vaccine could be available in late December at the earliest, and wide use by the general public could be available in the third quarter of 2021.

However, this does not mean you should drive over to the nearest pharmacy and receive the vaccine as soon as it becomes approved and released. As with any news that sounds too good to be true, the claims surrounding this vaccine should be taken with a grain of salt. As many other organizations have also been racing to be the first to develop a vaccine, there may be many areas of concern that have been overlooked in the process, which are currently being brought up as critics began scrutinizing the study behind the vaccine.

For starters, according to the Centers for Disease Control and Prevention (CDC), there turns out to be a difference between “effectiveness” and “efficacy”; words that are usually interchangeable, but if used strategically, can leap past many murky technicalities while still giving an optimistic impression to the public. “Efficacy” refers to the results that are demonstrated in a randomized trial like Pfizer’s. “Effectiveness” is seen from real-world observational studies, after the vaccine is released and used. What Pfizer means by “effectiveness” is actually “efficacy,” and results taken from a controlled study will predictably differ greatly from that of a real-world deployment.

As expected, there were necessary safety precautions taken in the study, resulting in only the healthiest participants being chosen for testing. The scheduling of the shots for each participant is also carefully planned and followed. Neither of these situations can be realistically achieved 100 percent of the time in real-world applications, where all priority COVID-19 vaccine recipients will be older in age or have preexisting health issues and, subsequently, compromised immune systems. There is also no guarantee that the vaccines would be administered in a timely manner as planned, further lowering the chance of prevention.

Moreover, the demographics of the participants arguably were not equitable either. Clinical trials for vaccines are required to include a diverse study population, but all that has been reported by Pfizer is that 42 percent of its global participants and 30 percent of its US participants came from “diverse backgrounds,” only prompting further ambiguity on the information that has been gathered on subjects of other races. This is an especially concerning point considering that African Americans, Latinx, and other minority populations have been affected by COVID-19 at a disproportionate rate, having twice the likelihood of fatality from the virus. A similar lack of representation has been found in other vaccine trials as well, including the Oxford University/AstraZeneca and Moderna trials.

It should also be taken into account that the determination of “effective” and “ineffective” was recorded within only one week after a participant’s second dose of the vaccine. Pfizer does plan to keep track of participants for up to two years to see how long their immunity lasts, but the current data is a result of only a small window of time before a declaration of success.

Nevertheless, a vaccine is still better than no vaccine, and the existence of one is not only a breakthrough in biotechnical development in our fight against the pandemic, but also the foundation for continued progress. The company has stated that it plans to submit its phase three data for peer-review, so evaluation of the study’s logistics will continue. We can assuredly expect improvements from this point on.