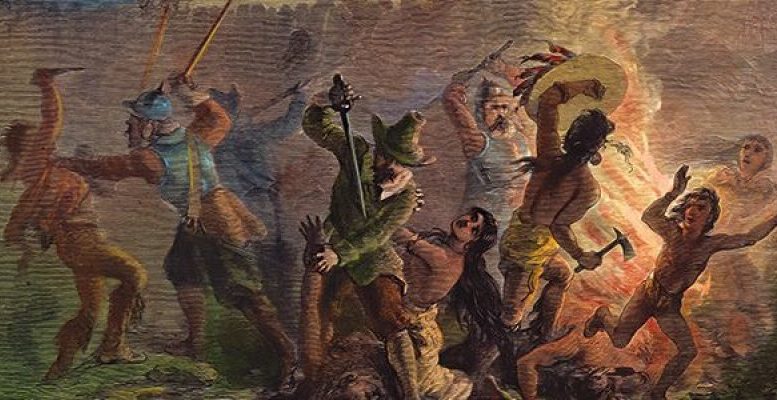 As IMSA is “returning” from Thanksgiving break, I am sure we enjoyed the free time the break had to offer. The vast majority of IMSA students celebrate the holiday which is the namesake for our break: Thanksgiving. Personally, I was taught in elementary school that Thanksgiving served as a great panacea for the tensions between Native Americans and European settlers. However, the history of Thanksgiving is not as laudable as many may imagine, which opens a pressing discussion. Should Thanksgiving be celebrated? And what traits make a holiday worth celebrating?

Though the exact date of the first Thanksgiving is contested, the fundamental motive for celebration remained the same. The November feast was always a day to give thanks for a successful harvest season, complemented with a grand feast before the winter season. The most prominent feast occurred between natives from the Wampanoag tribe and Plymouth settlers. While Oliver Alzar of Cultura Colectiva states there was initially an amicable relationship between the settlers and natives, “this friendship eventually eroded.” Like water gradually traversing across the ground, the Plymouth colonists drove the natives out, showing little regard for the disease-stricken natives. After the first feast, which took place in 1619, tensions escalated until a war broke out in 1675. The war was incredibly devastating, as 30% of colonists and 50% of natives in the region died.

With such a sinful history, more people have now than ever have decided to stop celebrating Thanksgiving. Professor Robert Jensen of the University of Texas at Austin presented a possible alternative to Thanksgiving: “One indication of moral progress in the United States would be the replacement of Thanksgiving Day and its self-indulgent family feasting with a National Day of Atonement accompanied by a self-reflective collective fasting.” However, the counterclaim also takes precedence: Why should one have to atone for sins they never committed?

Despite the problematic history, I believe Thanksgiving is a holiday worth celebrating, as long as it is celebrated for the right reasons. As Alvar puts it, Thanksgiving is an “ode to immigration.” Though the history we were told as children is fantastical, the underlying morals are agreeable. The first Thanksgiving did indeed commemorate a reunion for mutual human kindness. Because this is a standard we should live up to, we should also recognize the detrimental effects of power when celebrating Thanksgiving. Not all holidays need a perfect history to be worth celebrating, though transparency is nevertheless a necessity.

Thanksgiving Dinner: The Best and The Worst

How to Gain Weight over Thanksgiving

What Thanksgiving Dish Are You?

Be the first to comment on "Should We Celebrate Thanksgiving?"