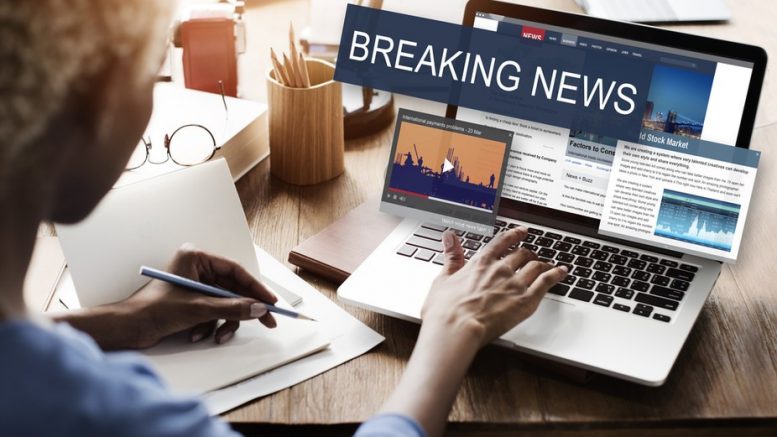 Journalism has entirely changed, especially with the emergence of technology | Source: Caroline University

The pen is mightier than the sword, or so they say. This well-known idiom pushes the concept that having a way with words is a thousand times more effective and useful than violence or conflict. But as with any idiom or proverb concerning morals, they can easily be thrown aside, especially in a modern-day society where it takes fewer morals and a little more strategy to get by more comfortably than most.

This notion occurred to me when I read a Los Angeles Times news article a couple of days ago about the Kei-Ai Los Angeles Healthcare Center, a nursing home for the Japanese elderly in California. Dubbed one of the “deadliest” nursing homes, it was recently discovered that Kei-Ai Los Angeles was one of 27 local nursing homes that were participating in a county program to volunteer their facilities as spaces for COVID patients from hospitals and other nursing homes. Around December, deadly outbreaks hit several of such nursing facilities after ICUs in southern California reached full capacity. 15 patients started out at Kei-Ai. Now, most of them have contracted COVID-19 and five have died. This story of tragic mismanagement and lack of transparency for the safety of its patients turned out to have its roots in a transferal of ownership several years back.

As I read the article, Kamala Harris’s name suddenly popped up. It turned out that in 2015 when Keiro was about to sell its facilities to Pacifica Senior Living, another company that ran numerous other facilities as well, the community formed an advocacy group in opposition of this sale and appealed to Harris, who was then an Attorney General, to intervene. The sale was approved under conditions set by Harris’s office requiring that Pacifica and the facility operator met certain standards for care and cultural sensitivity for the next five years.

A thought suddenly occurred to me that Kamala Harris’s involvement in Kei-Ai’s history had to play a part in how its situation had been discovered, or at least the choice to report on it. It would have been especially easy to review the politician’s history of work, find the Keiro sale, and proceed to check up on the healthcare centers that had been involved. Through this process, Kei-Ai’s situation was discovered and an article born out of it.

A quick search of Kei-Ai Los Angeles Healthcare Center doesn’t produce any articles on the topic of its senior deaths — only after adding keywords to the search, the only relevant results were the original Los Angeles Times article, some reposts of it on other news sites, and another article written using information from it. It was clear that this wasn’t a huge headline, nor was it a topic that received a lot of attention, despite the tragic nature of it. Factoring in all this, it seemed like a major reason why Kei-Ai had been investigated was that the current vice president of the United States had been somewhat involved in it in the past.

It made me wonder how many other lost or undiscovered stories stayed as such due to the fact that they did not have the same luck of having a big-name politician, celebrity, or way to bring attraction to their name.

This then brings us to the point that there is usually an abnormal reason why a marginalized voice will suddenly “blow up” or, at the very least, receive some media attention. Unfortunately, not everyone has the privilege of striking gold in such a way and being heard.

The world of journalism has a flawed system in chasing viral topics for widespread attention (and therefore more clicks and possible subscribers from their articles), naturally neglecting anything not nearly as “interesting,” thus creating a lottery in the chances that hidden stories of hardship are heard.

The way journalism works today is deeply entrenched in profit. Even the subject of the article itself has to bring something to the table. How much attention can it garner? And in doing so, how much would it earn? The main aim is no longer to advocate or spread information for a genuine cause, but to get something out of reporting in return, so much to the point that media often has an underlying agenda, manifesting in clickbait titles that provoke, anger, and misinform. Bonus points if this causes the article to go viral on Twitter.

In a way, it makes sense. Just like in the book publishing industry, authors may write in popular genres in an attempt to maximize the popularity of their book, while journalists write articles on the biggest, most current news that people are interested in. The difference, however, is that journalism has a duty in advocacy. Because media outlets hold the attention of a majority of the population, they have the power to sway public opinion. And everyone knows that power requires responsibility.

This responsibility involves raising awareness and digging deeper into stories that are hard to find — purposefully targeting the ones that are unpopular. Because they are unpopular and unheard is exactly why they should receive attention. Stories of marginalized individuals living through hardship (and not just the ones that easily receive public support and end up doubling their GoFundMe goal) are exactly the ones that need to be seen. The argument nowadays is that journalists only write about popular topics because popular topics bring in the money, but shouldn’t the pen be wielded for a greater good than capitalism?

At the end of the day, it might not always be true that the pen is mightier than the sword if the former is made of money.

A School in Kansas and the Importance of the Media

Be the first to comment on "Journalism for Clicks: Ethics in Media"