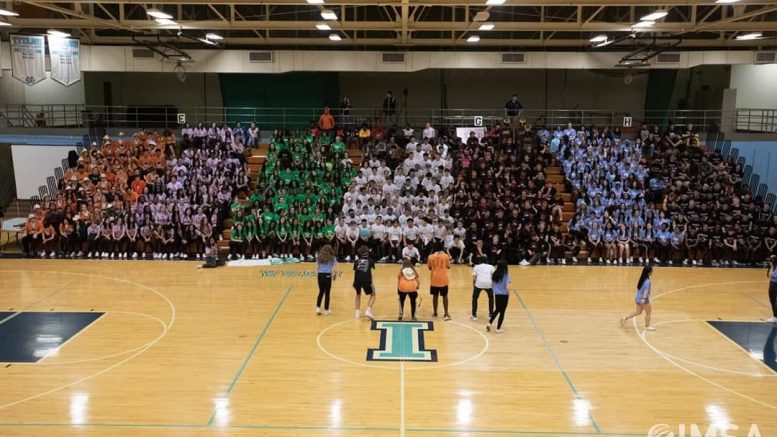 Wednesday featured fast-paced games and challenging riddles that shook up standings from previous days. While students showcased their old-school, vintage outfits, selected judges tabulated their scores for murals, hall decorations, profile pictures, and t-shirt designs, four categories that had occupied students’ time for weeks in advance. The hallmark of the day was the “Game Show” held in the evening, an event presenting halls an opportunity to garner up to six hundred points.

Prior to the event, students were unaware of the structure of the Game Show, given CAB’s desire for the event to be spontaneous and to limit preparation beforehand. However, once the clock hit 6:00PM, students were introduced to the five games competitors would be participating in: Guess That Person, Unscramble CAB, Geometry Dash, Guess That Song, and GeoGuesser. Students scrambled to decide who would represent their halls, and within a matter of  minutes, the Game Show commenced. Competitors began speculating about the location of a provided image, guessing the name of a jolly tune, and hopping through barriers in Geometry Dash while their halls rallied behind them. Competition became tense at times, and after approximately an hour of exhilarating entertainment, the scores were tabulated and results for the Game Show were released:

With competition becoming increasingly tense and just a few point-garnering events left, the perennial question returns: who will win Clash Of The Halls 2021? Tune in to Pep Rally on 3/25 at 3:30PM to find out!