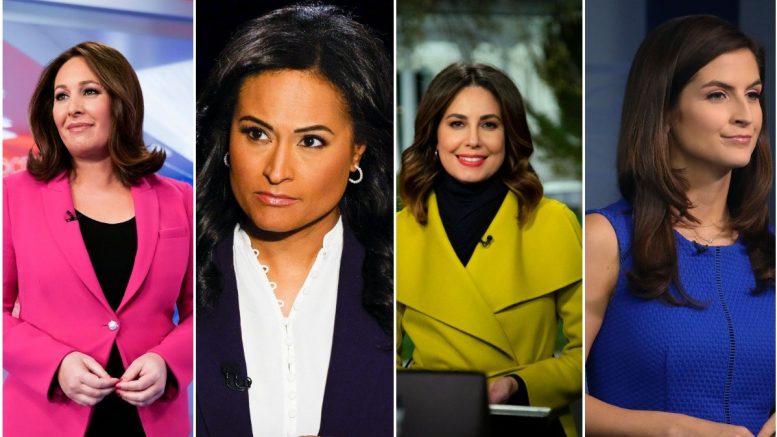 As the transition to a new administration takes place in Washington DC, for the first time in history, the chief White House correspondents for the “Big Three” television networks—ABC, NBC, and CBS—will all be women. Cecilia Vega will assume the role for ABC, also becoming the first Latina on an English language network to hold the position. NBC’s Kristen Welker will join Chuck Todd in covering the White House, and for CBS, Nancy Cordes has been chosen for the role.

Journalism and media started off male-dominated, and that trend has remained the same even in recent years. According to a 2015 report, women only make up 37% of reporters covering stories around the world. Through the years, newsrooms have remained roughly ⅔ male. In response, some news networks like BBC have launched initiatives in recent years to achieve equal representation among women and men in media.

Representation for women in journalism is especially important. Political journalists must be tough, straightforward, and even aggressive when holding politicians (who often try to circumvent questions that may weaken their image) accountable with their questioning. In other words, journalists must possess the qualities that stereotypes suggest men embody. Oftentimes, women are subjected to excessive scrutiny when they take on these qualities. We can look back to the Vice Presidential debate in which Vice President Kamala Harris was deemed unlikable by many due to her “condescending” presence, and was even called a “monster” by former President Trump. In order to be taken seriously, women must act assertive and strong, only to be seen as a threat when they do. They run the risk of being described as “monsters” and told they’ve lost their femininity. To voters, research shows likeability is more important for women than for men, further highlighting how difficult it can be for women to both be successful as a leader and to be seen as a good-natured person. Having women at the forefront of political journalism is a step in the right direction when it comes to ending these harmful stereotypes and creating a world in which women holding leadership positions are commonplace.

The shift in political journalism leadership comes at a hopeful time in the fight for gender equality. In the days following the Biden/Harris inauguration, many parents celebrated the fact that their children could see a woman of color as Vice President and know that they are capable of anything. As someone who has enjoyed staying on top of current events from a very young age, I feel it is incredibly special that young girls can watch the news and know they can be the ones covering politics, just as much as they can be a part of politics. Anything and everything is possible.

Journalism for Clicks: Ethics in Media

A School in Kansas and the Importance of the Media

1 Comment on "The Significance of Women in Political Journalism"