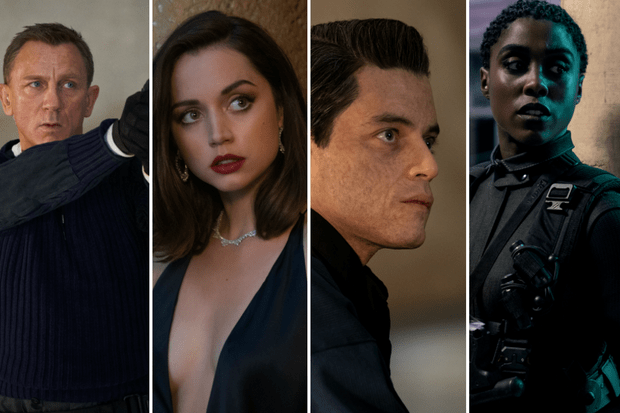 Daniel Craig’s fifth and last James Bond film, No Time To Die (directed by Cary Joji Fukunaga and co-written by Fukunaga, Phoebe Waller-Bridge, and usual late-era Bond screenwriters Neal Purvis and Robert Wade), has finally arrived on American shores. The film wraps up Craig’s five-picture journey as 007 in a grand, spectacular, and audacious fashion. No Time To Die isn’t short on action, including imaginative set pieces and a varied range of combat skills demonstrating the franchise’s ferocious ambition. The film perfectly serves as an emotional capstone to Craig’s 15-year run as the famous character.

The current age of Bond films has been marked by serialized storytelling, with plots that continue from one film to the next rather than isolated chapters from prior Bonds. As a result, the tale of No Time To Die carries a lot of weight, for better or for worse. Naturally, this strengthens the film’s thematic significance, but it also leads to inflated merit in the story.

MI6 scientist Obruchev is kidnapped from his secret government facility by Spectre before the time leap catches up with Bond’s retirement during the opening credits of No Time to Die. A breathtaking upside-down sight of henchmen in tactical gear walking down the side of a skyscraper introduces the scene. Unfortunately, despite the dramatic start, it isn’t a crucial aspect of the plot. 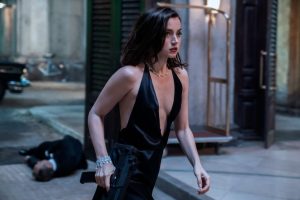 Ana de Armas’ screen time in No Time to Die was far less than predicted since she only appears in one scene, yet Craig’s Knives Out co-star creates a lasting impact within one section. Like her debut character in Rian Johnson’s smash movie Knives Out, Paloma appears to be a typical rookie at first, but the audience rapidly realizes there’s more to her. Paloma, Bond’s CIA agent counterpart, infiltrates a Spectre conference in honor of Blofeld’s (the enemy’s) birthday when the Heracles virus is unintentionally employed to wipe out the whole organization.

As he and Paloma fight their way out of the building, Bond demonstrates his composure under fire. Before apprehending an enemy, he throws a waiter’s tray at his head and drinks the champagne he got off the tray. This action scene also gives Nomi, played by Lashana Lynch, a chance to prove her abilities as the new 007.

In a behind-the-scenes No Time To Die clip, Armas is seen practicing weaponry, while another video reveals her intense physical combat training. For a character that only appears on screen for around 10 minutes, that’s a significant commitment.

Scene One: Bond and Madeleine Get Chased Through Matera

No Time to Die begins with an appropriately fantastic action scenario from Fukunaga. As 007 visits his ex-lover Vesper’s grave, it appears to be the Bon 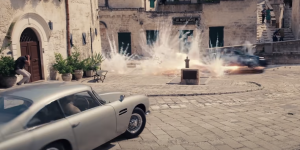 d franchise’s first action-free beginning. However, the expected spectacle soon reappears as the tomb bursts, and he is chased by gun-toting Spectre assassins. Bond makes his first getaway on one of the assassins’ motorbikes, performing some remarkable leaps along the way, before switching to his own Aston Martin.

The Aston Martin’s stunts are a welcome throwback to the franchise’s vintage vehicle devices. 007 does doughnuts while firing machine guns that protrude from his headlights, bursting spikes on the road, and scaring off a legion of henchmen. This sequence kicks out the film in style, with all of the fun, thrills, and excitement that fans have come to anticipate from the franchise.

Like any other film, No Time to Die contains several flaws. One of them is the many plot fragments crammed into the film’s nooks and crannies. The movie might be slicker and more agile. However, the film’s final climax, an operatic vortex of love tragedy so deep it may be opera, serves Craig’s Bond well—and sees him out of this five-movie journey with such grandeur—that the shortcomings are forgotten.