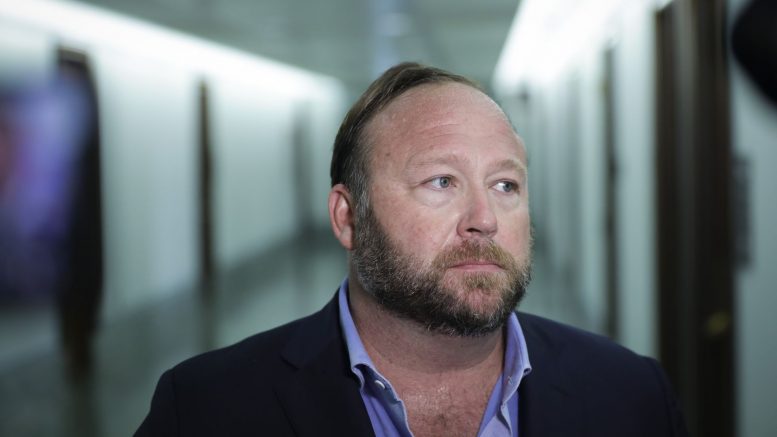 On Monday, November 15th, news broke that Alex Jones was found liable in the Sandy Hook defamation lawsuits by a Connecticut judge. The news was a win for the families of the victims of the Sandy Hook Elementary School school shooting in which twenty first-graders and six staff members were killed by a gunman in 2012.

The families of eight victims of the Sandy Hook shooting sued Jones and his conspiracy theory website, Infowars, for defamation. Jones spread lies and misinformation surrounding the shooting for years, claiming that the shooting was a hoax. Part of his theory included that the family members of the victims were actors and that the event was staged in order to incite public outrage, encouraging the government to enact further gun control measures .

Families of those killed at Sandy Hook have stated that they have been subject to online abuse, death threats, unwanted contact at their homes from those who believed Jones’ conspiracies and also discussed being unable to visit their loved one’s grave due to feeling unsafe. The parents of the youngest victim of the shooting, Noah Pozner, were the first ones to sue Jones and now live in hiding, having moved almost ten times since the shooting. These families argue that Jones has profited from the misinformation he has spread about Sandy Hook over the years. Jones denied this, but his defense failed to turn in the documents requested that would show whether or not Jones and Infowars did profit from discussing the shooting. Thus, the judge ruled in favor of the parents, citing the defense’s “willful noncompliance.”

Jones regularly broadcasts conspiracy theories and fake news on his platform, including misinformation surrounding the 2020 election and the COVID-19 vaccine. After being found liable in the defamation lawsuits, Jones emphasized the importance of free speech on his show, stating, “We need to defend all of our speech rights to say whatever it is we wish. That’s the First Amendment.” In response to his comments on the show that day, a lawyer for the families discussed Jones’ inability to turn over the necessary documents to prove his innocence, saying, “He deliberately chose to prevent us from collecting evidence that would prove how his business works and why he engaged in this extended campaign against the families, and the relationship between that and his profitability.”

This is not the first time Jones has lost legal battles relating to the misinformation he spread around Sandy Hook. Similar lawsuits were filed in Texas last September in which the court also ruled in favor of the parents of the victims. After all of the legal action taken against Jones through the past few months, the next step is for juries to decide how much he will be required to pay the families.