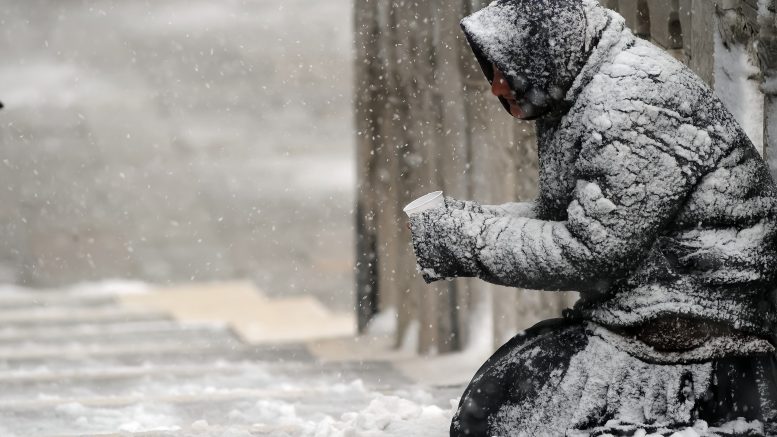 For some, winter means snow and festivities, but for the homeless, winter is only an onslaught of hardships. COVID-19 is still prevalent, so this winter may be the toughest one yet for the homeless population. Beyond the afflictions of winter and a lack of housing, the homeless population struggles with assumptions that what they experience is their choice. There are many causes of homelessness, such as poverty, unemployment, lack of affordable housing, family and relationship breakdowns, domestic violence, disabilities, evictions and foreclosures, and racial disparity.

Winter is a challenging time due to the cold weather, so homeless people seek warmth from shelters. However, shelters have their own issues. For example, many shelters are gender-specific, so families, couples, or friends may become separated. To add on, safety is a major concern because of the enclosed space, and people who have experienced trauma may find it difficult to be around strangers. The other issue with inhabiting an enclosed space with strangers is the risk of getting COVID-19.

Despite the downsides of homeless shelters, they are still better options than facing homelessness in the streets. Unsheltered homelessness in cold weather can lead to hypothermia, the flu or other viruses, or frostbite. Snow, below-freezing temperatures, and windstorms are common, so staying outdoors is dangerous especially for those who lack insulated winter clothes.

Additionally, homeless people find it extremely difficult to access vital resources during the winter due to frozen roads, snowstorms, and winter weather impeding transportation. Also, different transportation methods might be obstructed as a result of the weather. Even if there is accessible transportation, crucial resources may be closed. Food pantries, community libraries, and college campuses may close with little to no advanced notice.

One of the main causes of homelessness is evictions, which COVID-19 has been a recent contributor to. As a result of unemployment, people were not earning enough income to keep paying rent. The number of evictions being filed was concerning, so there was a federal order to temporarily halt residential evictions to prevent the spread of COVID-19. However, this became a financial issue for the landlords because they were housing renters with no payments.

Alongside these challenges, homeless people are also among the highest demographic at risk of getting COVID-19. They live in unsafe conditions and often have underlying health issues, weakening their immune system. Their risk of catching an illness increases when they stay in shelters because they are in an enclosed space with strangers. Additionally, they lack access to public showers, laundromats, and toilets because many stores and gyms prohibit non-paying customers from using them.

As a result of this risk, shelters in Chicago have limited the number of beds provided to abide by public health guidelines and ensure social distancing. There had been alternate shelter facilities set up to make up for the smaller number of beds, but they still failed to reach pre-COVID-19 capacity.

Another difficulty the homeless face is anti-homeless architecture is an attempt to get homeless people off the streets. City planners build infrastructure that deters the homeless from residing in public spaces. 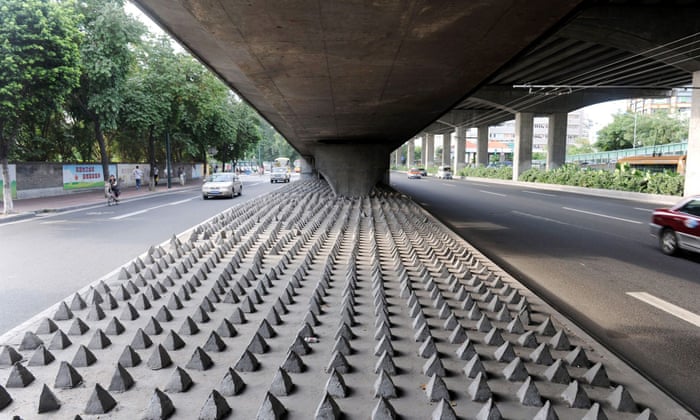 Common anti-homeless architecture examples are benches with dividers, slanted benches, curved benches, spiked window sills, and under-bridge spikes. Rather than getting homeless people to shelters, these infrastructures punish homeless people. They create an “out of sight, out of mind” narrative because they move homeless people from public areas without implementing genuine plans to get homeless people homes.

What prevents them from getting a job?

Homeless people are often viewed as lazy, addicts, dirty/unhygienic, violent or sexual predators, threatening, violent, and/or criminals. Furthermore, some believe they deserve to be homeless because they caused their situation on their own accord. This is not the case. It is difficult for homeless people to get a job because the obstacles that prevent them from getting a job are caused by their lack of housing. So, they need a job to get a home, but they can’t get a job because they don’t have a home.

Also, some homeless people do have jobs (some even two or three), but they don’t make enough to afford housing. Getting a higher-paying job often means having a degree, but it is nearly impossible to complete college while homeless. If they were to score a higher paying job, it’s difficult for them to access readily available showers, bathrooms, and laundry facilities. Thus, personal hygiene, a requirement of nearly all jobs, is hard to maintain, and they may get fired for not abiding by the work regulations. 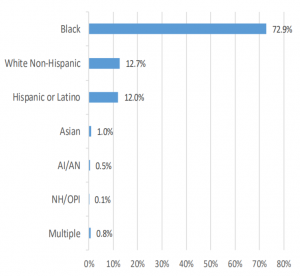 Additionally, there are racial inequalities that result in minority groups, especially Black/African Americans and Indigenous people facing higher rates of homelessness than White people. From the Chicago 2021 Point-in-Time Count and Survey, it was found that in total, the homeless population in Chicago is 4,477.

Homeless people aren’t lazy, nor do they choose their situation. They face an incredible amount of barriers that prevent them from lifting themselves out of homelessness. It is essential to defuse anti-homeless stigma and other negative sentiments regarding the homeless through activism and large public education initiatives. Additionally, better housing strategies, instead of simply kicking the homeless out of the streets and out of sight, should be implemented.

Update on COVID-19 Vaccines and Variants

Christmas: From Nativity to Tree

Pandemic Pets: What You Need to Know

Be the first to comment on "Is Homelessness a Choice? Dispelling Anti-Homeless Stigma"