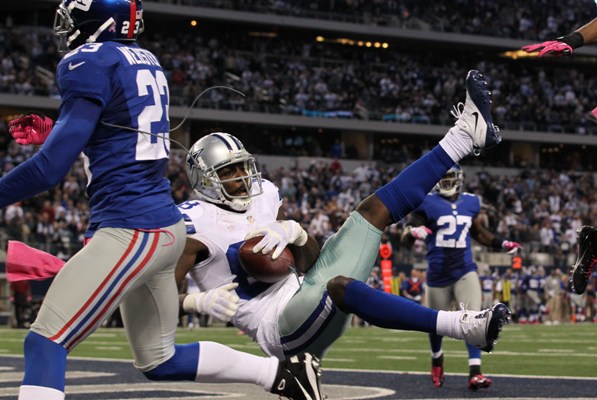 After so much fluctuation during the first part of this season, it truly is nice to get a sense of permanence and normalcy at the top and bottom. The middle is still chaotic as ever but that’s why we watch the games, right? Anyway, enjoy this week’s edition of the Power Rankings! As always, Mason Dearborn wrote for the even ranked teams and I wrote for the odd ranked ones.

That was just a dominating performance by all facets of their team. If they get to 10-0, perfect season talk would be warranted for this team. They have all the pieces.

Why did I decide to have the Falcons move to number 1 this week?  I was worried about the issues of Matt Ryan starting slow and having games with bad teams be close, but they came out this week against Philly and got up big early and had a great running day.

They almost, and in my opinion should have, lost a game in which they went up by 23 points. Eli did not look elite at all in this game and despite the turnovers they created, the defense got carved up by Tony Romo.

I really want the Bears to be second here.  They really can be there.  Not all opponents will be as forgiving of early-game mistakes as the Panthers and the Bears need to generate an offense that confidently drives the field.

Alex Smith looks more like a legitimate franchise quarterback every week. The fact is that they are going to need him to become one in order for them to seriously consider themselves Super Bowl contenders.

The Packers have beaten the Bears and the Texans for their only losses.  They are without Nelson and Jennings, but they get it done and nobody can count them out.

Bye week last week. They needed that bye week to figure out where they were going to go without Ray Lewis and Lardarius Webb.

They scored on their first five possessions.  How funny is it that the New ENGLAND PATRIOTS played in London, England?

They effectively contained RGIII mania and showed the Redskins what it will take for them to become a good team.

Peyton Manning is dispelling all doubts and Colts fans are cringing at giving him away.

You have to feel bad for the Seahawks because the Lions were due for a win over a decent team and they just happened to be the next decent team on the schedule.

Everyone was waiting for the Vikings to show that their season so far has been a fluke.  Really, I don’t think this loss means as much as others may say.  They are a running team that just got countered by a strong run defense and a great game by Doug Martin.

The Dolphins are gaining momentum and could challenge for a wild card spot if they keep up these performances. The second half of their schedule includes two games against the Patriots, though…

After an interesting game against the Saints, the Buccaneers again pleasantly surprised with a win over the Vikings.  Also, Doug Martin is being compared to Ray Rice, which is definitely a good sign.

It was a valiant effort but it was too little, too late. Tony Romo needs to limit the turnovers otherwise he will lose whatever support he has left.

If the team has to announce who the starting quarterback is, there is a problem.  Do not let the Saints defense this week make them look too good.

In a division that prides itself on having good ground games, this team glaringly lacks one. Also, they need to get Larry Fitzgerald involved more otherwise they could legitimately end up 4-12 after a 4-0 start.

This team still lost to the Browns before its bye week.

As I said, they were due for one win against a decent team and they got it. Now they have to prove themselves against teams that actually have an offense, such as Green Bay in three weeks.

The Saints have the worst defense of all time, but Drew Brees means high scoring, entertaining losses for the Saints.

Pathetic. That’s the only word that can describe their loss to the Browns. They have some serious issues to work through but not much time to work on them. If they lose to the Chiefs this weekend, their season is officially in jeopardy.

The Indianapolis Colts beat the IMSA Titans! Yes, we played the Colts.  Our football team is no longer undefeated.

Did I not say they needed a defense? They let Pittsburgh run all over them which is saying something because the Steelers run game hasn’t been able to run over anything thus far. Combine that with a sub-par RGIII and you have a recipe for disaster if you are a Redskins’ fan.

The team in New York is pretty good.  The Giants.  Not the Jets.  The Bills need to work on that defense thing that stops teams from using them as a floor mat and Hall of Fame career stat-booster.

As good as they looked at times two weeks ago against the Patriots, they are not a good football team and they know it. However, it may not be all bad. I hear they have a decent backup quarterback who only knows how to win.

Okay, the Patriots are good. The hard times will pass, Rams fans.

Good news? Chris Johnson appears to be back. Bad news? They are still a pretty bad team.

They might be awful, but they won and stopped Jamaal Charles in the process.

I was tempted not to move them up simply because their win against the Chargers was so ugly but hey, somebody has to give this club some love.

Matt Cassel or Brady Quinn? Pretty soon the world will realize it does not matter because neither one of them is going to have the job next year.

They kept it close against the Packers!  If Cassel wasn’t back then they could maybe pass the Chiefs.  Actually, no, they couldn’t.

Be the first to comment on "NFL Power Rankings: Week 9"