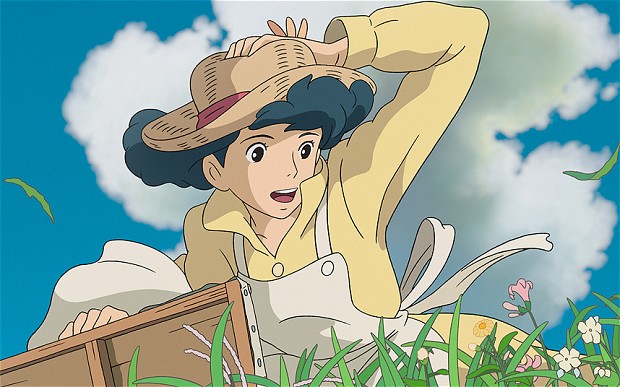 Creator of acclaimed films like Spirited Away and Princess Mononoke, Hayao Miyazaki is a distinguished and highly respected figure in the animation industry. To the disappointment of many, the film director declared his retirement from the business late last year. The Wind Rises is labeled as his farewell film.

Miyazaki’s movies are usually characterized by vibrant and meticulously hand-drawn scenes, accompanied by a whimsical story. This particular film, however, takes on a more dramatic approach as it portrays Japan during the early 1900s. The protagonist, Jiro Horikoshi (voiced by Joseph Gordon-Levitt in the English version), is a depiction of the actual aeronautical engineer who designed various Japanese fighter planes during World War II, including the Mitsubishi A6M Zero. Since youth, Jiro dreams of flying through the clouds, but he realizes the shortcomings in fulfilling the vision due to his poor eyesight. He resorts to designing planes for the Japanese navy. As these planes are ultimately utilized for violence, Miyazaki touches on the concept of morality. Another historical aspect exemplified is the brutality of the Great Kanto earthquake of 1923. The tragedy intrudes on Jiro’s life as his love interest, Naoko Satomi, (voiced by Emily Blunt) is stricken with tuberculosis.

The Wind Rises incorporates darker themes of violence and sacrifice, while intertwining the sweetness of romance, and so Miyazaki parts with something different, yet equally stunning.

Be the first to comment on "Miyazaki Leaves Fans with Last Film, The Wind Rises"