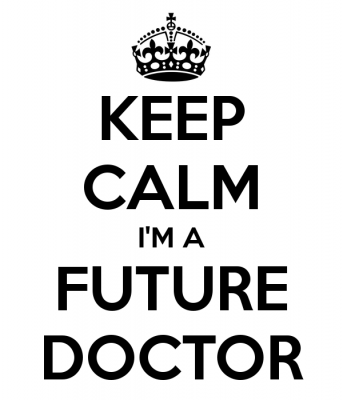 And of course, this season is never complete without the occasional existential crisis from our frantic seniors. Under the burden of societal and familial pressure, we are constantly reminded of the responsibility of carving out our futures. Where are we going to apply? What major are we going to pursue? What do we want to become? Who are we?

At IMSA, it seems like a good percentage of the student body already has a grasp on the elusive concept of our future professions. If there’s one thing that has been ingrained in our minds since our childhoods, it’s probably the recurrence of words like “doctor” or “lawyer” (maybe even the occasional “engineer”). So, as we all slowly trickled our way to senior year, most of us already knew what kind of career would be deemed acceptable.

Naturally, the college application frenzy requires choosing majors and general professional paths. And it seems to me that one path in specific has found a sort of collective popularity among IMSA students: premed.

An alarming percentage of students here seem have the hope of becoming a doctor in the future. While this is a good profession and all, students rarely think deeply about what comes with this lofty goal. There’s eight to twelve more years of school – most of which are undeniably more arduous than the ones we have experienced at this institution. If you really do love learning, then by all means, go forth and prosper. But if this isn’t the case, then what other motive could possibly warrant the desire to stay in school for so much longer?

Some people often answer that question by using the cliché reason of altruism. Now, I am by no means imposing a sort of cynical outlook, saying that altruism is dead. But this claim clearly begs the question: well, what about nursing? Nursing is just as valuable in the field of healthcare, but for some reason, people just don’t seem to aspire towards it as much. Well, the reason for this probably goes without saying, but each one of us subconsciously knows that doctors have more of two things than nurses – money and prestige.

The reality is that the term “premed” has lost its original value. In fact, I’ve personally heard a resident say that he went into premed because he was “Asian and didn’t like computer science.” While I appreciated his surprising bluntness, the truth of that statement stood out more than anything. Somehow, premed has turned into a sort of career default. For students anywhere, it seems that the increasing desire to pursue medicine is just because they have nowhere else to turn as a “good student.”  It’s already been established that the premed track is competitive. But instead of seeing this as a deterrent, a lot of top students see it is as a challenge. They think that they would be wasting their academic potential if they didn’t go into something like medicine, law, or computer science. However, no career, including medicine, should be pursued because there seemed no better choice.

Don’t get me wrong, medicine is a great career. But those who are pursuing it should understand the stipulations. They should expect endless years of school, sleepless nights, and the burdening responsibility of others’ lives. And if they don’t, they very well might end up dropping the career path years into their education anyways…a good couple of years wasted after all. Some of these students are misguided. They are unsure of what they ultimately want, so they turn to the safe alternative of premed – a profession that guarantees financial security and stability on the career market. And while this scenario can quite possibly work out just fine in the future, it’s dangerous to toggle with something as delicate as the next 50 some years of your own life.

So maybe before checking the box next to biomedical engineering in hopes of premed, think about if this professional path is really what you want to do. Think about if you really want to spend the next couple of years studying endlessly in school and working hours into the next morning. And think about whether you would be happy doing it for the rest of your life.