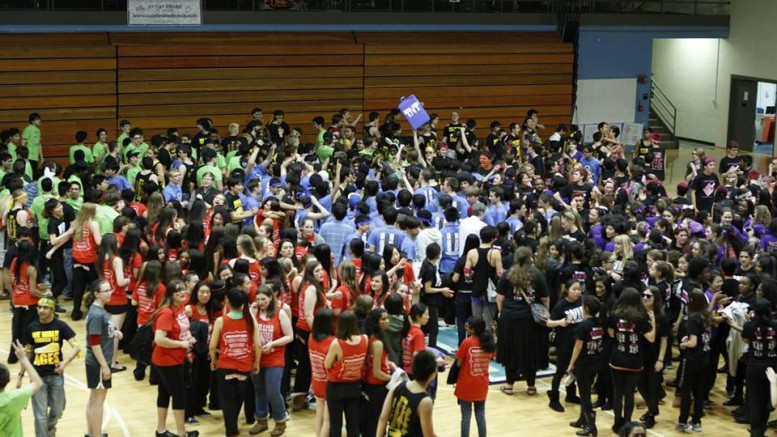 This Monday marks the start of an amazing week at IMSA’s campus: it’s Clash week! As we know, Clash of the Halls is the all campus competition where the residence halls go head-to-head in various challenges and activities. This year, the Clash opens with Monday’s Sodexo cooking contest at midday followed by the premier of the hall trailers.

Last year 1507 took the trophy home to their reclusive western end of campus. They dominated Clash 2015 with their amazing dancing and hall spirit. The community was strong and no other hall was able to disrupt the close-knit brotherhood of 07. Will 07 once again rise to the occasion and become back to back champs? Or perhaps, will another hall swoop in and steal the victory?

07 has already successfully surprised IMSA by releasing fake profile pictures for 007 and then releasing the actual pictures for Black Hand this Sunday. One of the big advantages that 07 has this year is a quad of juniors known for their dance ability. This “Dance Quad” is a group of talented performers who might easily carry the drill team. All eyes will be on them at Thursday’s pep rally, but perhaps the expectations will be too great and even they will falter.

There are two big challengers to 07’s legacy. The first is 1504. Last year, 04 had an impressive 2nd place finish, even after a disqualification at Talent Show for including unapproved material in their show. If they stick to the rules, they may have a chance at beating 07.

The other hall to watch at the front of the leaderboard is 1503. While 07 and 04 have traded the winner’s trophy for nearly a decade, the rumors floating in those two halls are that 03’s Hall Movie, Mural, Drill, and general spirit are at an all time high. With these big-point competitions looking promising, this might be the first year in recent memory with neither 07 nor 04 winning.

Rumor has it that 05 has a very small Drill team of about 20 residents; most teams have about upwards of 30 participants. There are mixed opinions on 05’s Drill. Some think that having fewer people will work to their advantage since the dance will be cleaner and can be more complicated. However, others believe that the dance will lack the all hall unity that is needed to win. Only Pep Rally will be able to tell campus if 05’s Drill will be hyper-clean or a little lean.

The underdog of this year is 06. Devastated by a lack of unity and general disorganization, 06 ended up in last place last year. The girls in 06 see this year as their chance at redemption. With a reinvigorated spirit, 06 is getting excited with the rest of campus.

There aren’t many rumors about 1502’s Clash performance this year. They released their Facebook Profile Pictures on Sunday, which featured an incredible amount of personalization. With this dedication to community involvement, 1502 is sure to have a good time during this year’s Clash events.

The final hall to consider is 1501. Depsite a history of performing in the bottom half of placements, nearly everyone on campus has a deep respect for 01 because they consistently cheer the loudest at Pep Rally and have a reputation for having a huge hall-wide celebration after Clash, regardless of their place. With a focus on having fun, all halls will be looking to 01 to keep Clash friendly and uplifting.

As campus gears up, students are retreating into their halls for practices, rehearsals, and occasionally academics. Keep a browser tab open to the Acronym for continuing coverage on Clash’s daily events!

Be the first to comment on "The Rumors of Clash"