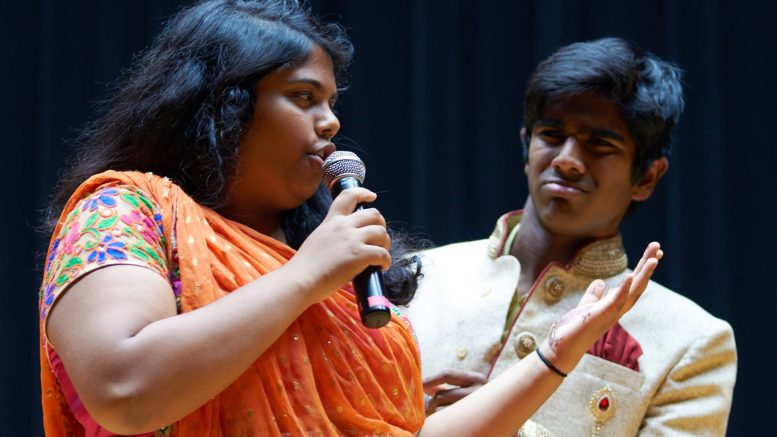 Much was expected for the Diwali show of 2016, and many would say it did not disappoint. The culture show made its mark yet again, entertaining and educating the audience with a cleverly woven narrative of cultural identity within a new country.

The show began with the singing of two national anthems: America’s and India’s. The show then fashioned an entertaining tale about the clash between two different cultures, Indian and American, punctuated by the drama of dance.

The performances of the dance teams presented both traditional Indian influences and a creative mix of American hip-hop. Both the drama and the dances seem to convey a message of unity—a coexistence of two cultures in one country, a message hardly unfamiliar in a country like America.

The Diwali audience is exposed to culture not seen in American mainstream media. For many Americans, Indian culture is new territory, and thus provokes interest in a curious viewer attending a culture show.

Given that, it is understandable why the message of the show was centered around a peaceful relationship between two different cultures. Such a message is meant to engender acknowledgment, acceptance, and perhaps most importantly appreciation for a culture some would consider foreign.

Nevertheless, the message of the play does concern assimilation, even if unconsciously. One can argue that by attempting to reconcile both cultures in the country of America, the show unwittingly advocates the assimilation or dilution of one’s heritage within the culture of their resident country. To achieve an optimal balance between the rituals of home and society, one of the two must give.

Regardless of intention, the performance exposes a relevant dilemma. Must one truly choose between one culture or the other? Is it possible not to? Such questions are indeed worthy of discussion. And such a discussion is not limited to those who come from India or America.

This is a discussion open to all citizens of immigrant families.

For any wishing to view the Diwali 2016 show online, click the link below:
https://www.youtube.com/watch?v=Km7Y_4AgSMo

Be the first to comment on "The Tale of Two Worlds: Diwali 2016 Appeals to All Immigrant Populations"