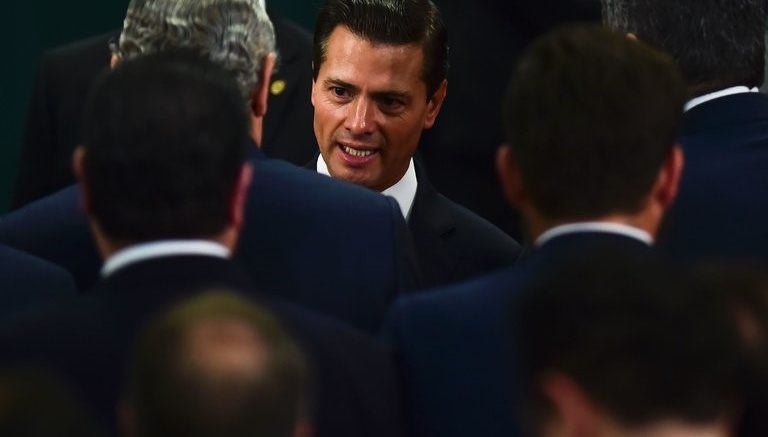 Trump’s insistence on constructing a wall between America and Mexico has led to growing outrage in Mexico, and caused President Enrique Pena Nieto of Mexico to rethink his visit to the White House.

“If Mexico is unwilling to pay for the badly needed wall, then it would be better to cancel the upcoming meeting,” Trump tweeted, with Nieto accordingly canceling on Thursday. The two spoke via phone on Friday instead.

One of Donald Trump’s promises to America during his candidacy was to deport millions of immigrants, and to build a wall on the United States-Mexico border. Many Mexican officials took his words with a grain of salt, but Trump has now signed an executive order to beef up the nation’s deportation force and start construction on a new wall between the countries.

“I would build a great wall, ” Trump had asserted last June, in his presidential campaign announcement speech. “Nobody builds walls better than me, believe me, and I build them very inexpensively.”

Some advocates of the wall have argued that it would boost the economy.

“There’s no question that, when the government spends money on a big project like this, companies are going to make a lot of money,” said Joe Hornyak, a partner with the law firm Holland and Knight, who specializes in government contracting law. “However, that same money is going back into the economy, which will significantly boost the American economy.”

Alternatively, others have criticized the cost of building such a wall, as seen with Texas Republican Representative William Hurd, who stated, “The facts have not changed. Building a wall is the most expensive and least effective way to secure the border.”

To address the issue of cost, Trump has stated that Mexico will reimburse America for the cost of the wall.

“All it is, is we’ll be reimbursed at a later date from whatever transaction we make from Mexico,” he said. “…there will be a payment. It will be in a form, perhaps a complicated form, and you have to understand what I’m doing is good for the United States. It’s also going to be good for Mexico. We want to have a very stable, very solid Mexico.”

Nevertheless, President Nieto has objected to this arrangement, maintaining that “Mexico will absolutely not pay for [the wall],” and “at no time will we accept anything that goes against our dignity as a country and our dignity as Mexicans.”

Ricardo Anaya Cortes, the president of the conservative opposition National Action Party, echoed the sentiment, stating, “The position is very clear. Either one cancels the meeting with Donald Trump, or one attends it to say publicly and with absolute firmness that Mexico rejects the wall and we will not pay a single cent for it.”

Following the Friday phone call, the Mexican statement maintained that both Trump and Nieto have “agreed at this point not to speak publicly about this controversial issue.”