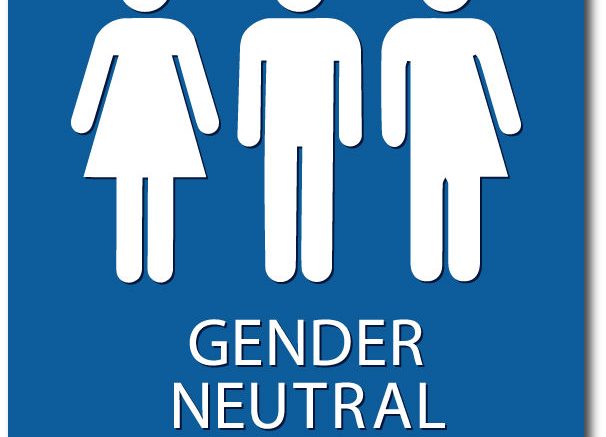 After last Thursday, students walking by the TV Pit may be greeted with a surprising sight: a newly constructed gender-neutral bathroom next to the men’s and women’s bathrooms. Amid controversial debates concerning gender-neutral bathrooms, IMSA’s decision to construct the facility speaks to their support of the transgender community and allows transgender individuals to feel comfortable using a bathroom of their intended gender.

Even though the new single-stalled bathroom is less controversial than a multi-stalled one, discussions are nevertheless arising within the IMSA community. On one hand, the bathroom is not needed, due to the existence of a family bathroom on a different part of the IMSA campus. Some argue, however, that the bathroom is necessary to cater to students who may feel unsafe entering a bathroom where they could face uncomfortable situations due to their identity. While the first argument is defensible because the gender-neutral bathroom and a typical family bathroom have the same porcelain toilet and sink, the important difference is that the gender-neutral bathroom allows students to have more convenient access to a bathroom that aligns to their gender identity. Additionally, people appreciate the additional privacy. Students who do not identify as transgender may not fully conceive these advantages, but to those who struggle with the challenges of belonging to the transgender community, the difference is transformative.

“I think it’s wonderful because there’s finally a gender-neutral bathroom in B-wing,” says Amahlia Su (’18). “Students who have classes in the B-wing don’t have to spend upwards of 10 minutes finding time going to a bathroom during class time or between classes. The lock provides an extra sense of security, unlike the family bathroom in A-wing or in the gym, especially for someone who is not out of the closet, but also for privacy because I’ve had multiple people walk in on me while using the A-wing and gym bathrooms.”

The privacy and time problems people have faced with the previously available bathrooms also extends to sanitation issues. The nearest family bathroom to B-Wing (besides the newly installed bathroom) is near the nurse’s office, and when many students go home sick, the office advises students to not use the family bathroom to prevent the risk of contagion.

“It was awful during winter of my sophomore year when the area near the AC Pit was closed and a bunch of people were going home sick,” Skyler Mock (’18) says of previous experiences with IMSA bathrooms. “The only bathroom I could use then was the one near the gym, and heaven forbid you forget your fob.” In this way, the gender-neutral bathroom not only eliminates the inconveniences brought by the locations of family bathroom, but it also could prevent the spread of germs as flu season falls upon us. Fewer healthy people using the bathroom near the nurse’s office will benefit the health of staff, students, and guests at IMSA.

While not all recent renovations across the IMSA campus have been received with applause (see “Renovations Galore, A New Image for IMSA”), the gender-neutral facility speaks to the administration’s willingness to ensure that those who may not feel safe because of their identity will be provided with necessary accommodations. Regarding future developments in renovations, Su says, “I hope to see more improvements like this for IMSA in the future, like adding locks back to the other family bathrooms because there is a need for a sense of privacy and safety for the non-cis.” Hopefully, IMSA will continue making important additions like the gender-neutral bathroom while transforming the campus.